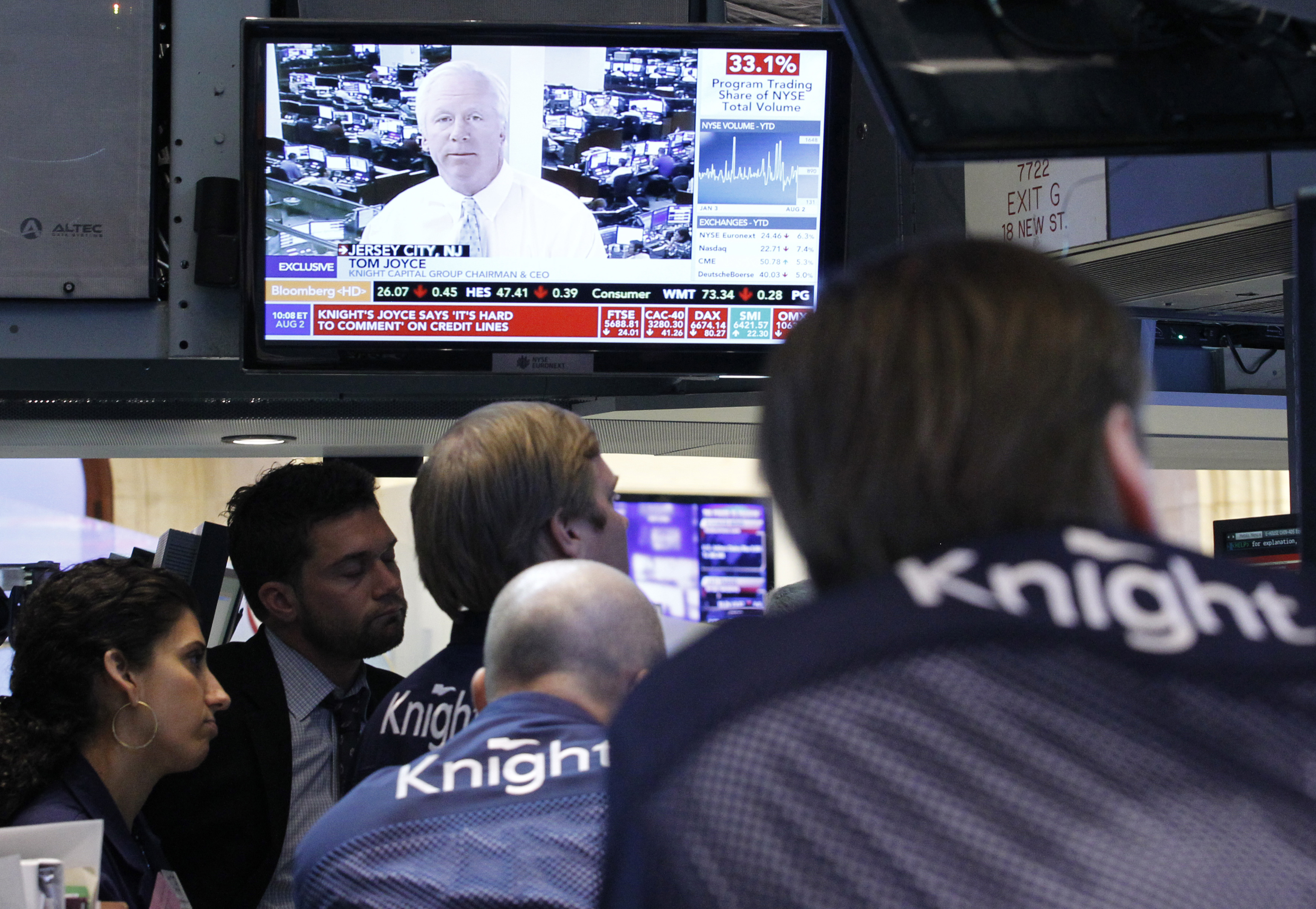 Knight Capital’s “technology issue” turned out to be a monster, not just a bug. A software update that sent erroneous orders and rocked 150 or so New York Stock Exchange issuers on Wednesday has cost the market-maker $440 million. The coding error that caused it proves that investors can never be too imaginative about the ways in which financial firms will lose money.

Knight handles massive volume for customers. Its market-making business traded $19.5 billion of equities a day on average in June. Yet as an intermediary, it wasn’t supposed to be massively exposed at any given time. So losses equal to almost a third of the company’s $1.5 billion of book equity at the end of June are a shock. Investors slammed Knight’s stock, knocking two-thirds off its $1 billion market value earlier in the week. The company is seeking cash to shore up its finances – or maybe a buyer.

The aftermath of the Facebook initial public offering sprung other surprises. Nasdaq messed up trading on the social network’s market debut and has so far offered $62 million to affected firms, including Knight, to make amends. But the biggest bombshell came from UBS, which wasn’t even an underwriter on the deal but still managed to lose about 350 million Swiss francs ($354 million) on the botched IPO.

That seems to have been the result of UBS repeating customer trades multiple times while Nasdaq was offline and being stuck with huge positions it hadn’t wanted. But the whole chain of events – also involving automated systems to some extent – is another that would take creative scenario planning to identify in advance as a possible source of concern.

Such turns of events prove that risk can’t be regulated away, however fervently politicians and watchdogs still reeling from the 2008 crisis may wish it. Financial institutions make bets of all sorts and can lose – and lose big. JPMorgan’s $6 billion Whale loss is another recent case in point. All investors can do is press corporate bosses to explain how they manage their risks. These days, that includes computer code along with human and financial assets. And even then, the next creative loss will never be far away.

Knight Capital said on Aug. 2 that a “technology issue” that created erroneous orders for New York Stock Exchange-listed stocks in early trading on Aug. 1 had cost it approximately $440 million in pre-tax losses.

The company said clients had not been negatively affected and that although its capital base has been “severely impacted,” its broker-dealer subsidiaries “are in full compliance with their net capital requirements.”