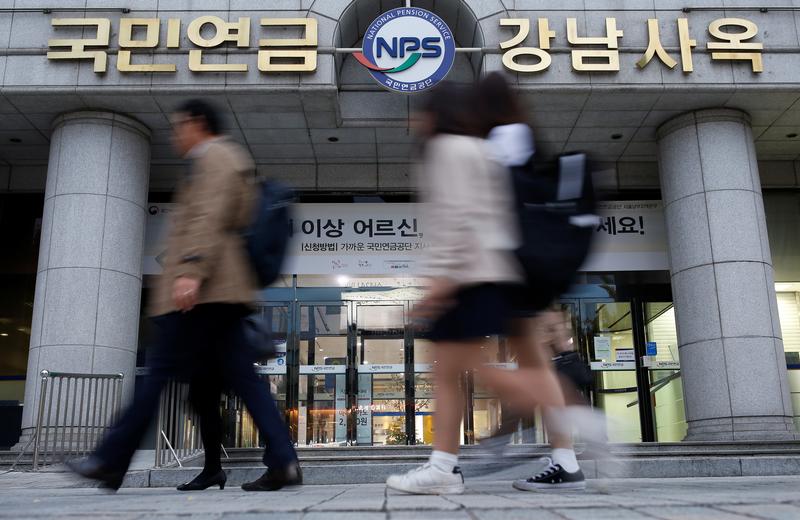 Prosecutors detained the head of South Korea’s $450 bln pension fund over suspicion that it voted for a Samsung merger under government pressure. The case highlights how the country’s largest investor could be manipulated at shareholders’ expense. Korea could use a safeguard.

A South Korean special prosecution team said it placed the chairman of the National Pension Service under emergency arrest on Dec. 28, as a probe into the influence-peddling scandal involving President Park Geun-hye widens.

The team has been looking into whether NPS Chairman Moon Hyung-pyo pressured the pension fund to support the $8 billion merger of two Samsung Group affiliates last year when he was head of the Ministry of Health and Welfare, which runs the NPS.

The NPS, the world's third-largest pension fund with 545 trillion won ($451 billion) under management at the end of September, was a major shareholder in Samsung Group affiliates Cheil Industries and Samsung C&T when they merged last year. The fund's vote was crucial for the deal to go through.

U.S. hedge fund Elliott Associates launched a proxy fight against the tie-up, saying it undervalued the target company, Samsung C&T. Many investors saw the deal as a way for Samsung Group's founding family to strengthen control of the conglomerate at the expense of other shareholders.

Investigators are examining whether Samsung Group's support for a business and foundations backed by Park's friend, Choi Soon-sil, may have been connected to the NPS' support for the merger, a prosecution official has told Reuters.

At a parliamentary hearing this month, Samsung Group scion Jay Y. Lee denied allegations from lawmakers that Samsung lobbied to get the NPS to vote in favor of the merger, or that it made contributions seeking something in return.