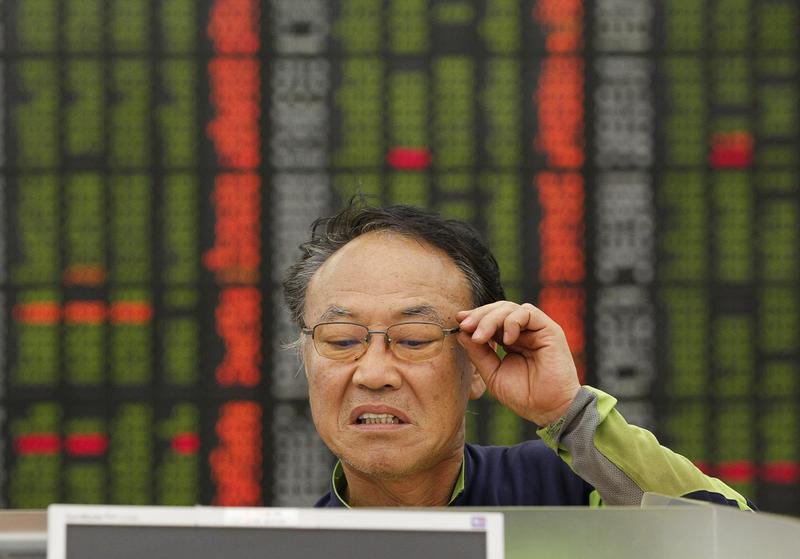 Nearly six years after selling a controlling stake in Coway to a private equity shop, Woongjin is buying it back with a partner for $1.5 bln. News of a return to its original steward erased 25 pct of the appliance rental company’s value. It’s a reminder of just how sprawl can scare.

An investor reacts as he looks at a computer monitor showing stock prices in a customer lounge of a stock trading firm in Seoul August 9, 2011. Seoul shares hit their lowest close since September 2010 on Tuesday, although they rebounded from losses of almost 10 percent earlier in the day in record daily trading volume of more than $12 billion. The early sharp sell-off prompted South Korea's state funds to step in to support the market, and they bought 505 billion won in shares, although that was dwarfed by foreign selling of 1.18 trillion won in overall traded volume of 13.3 trillion won ($12.3 billion), according to exchange data.

Korean conglomerate Woongjin said on Oct. 29 it would buy back control of appliance maker Coway from MBK Partners for about 1.7 trillion won ($1.5 billion) after having sold a 31 percent stake to the private equity firm in January 2013.

Together with buyout firm STIC Investments, education division Woongjin Thinkbig will pay 103,000 won a share for a 22 percent stake that includes management rights. MBK bought 31 percent of the company for 1.2 trillion won. Shares of Coway, which rents water and air filters, have nearly doubled in price under MBK’s stewardship.