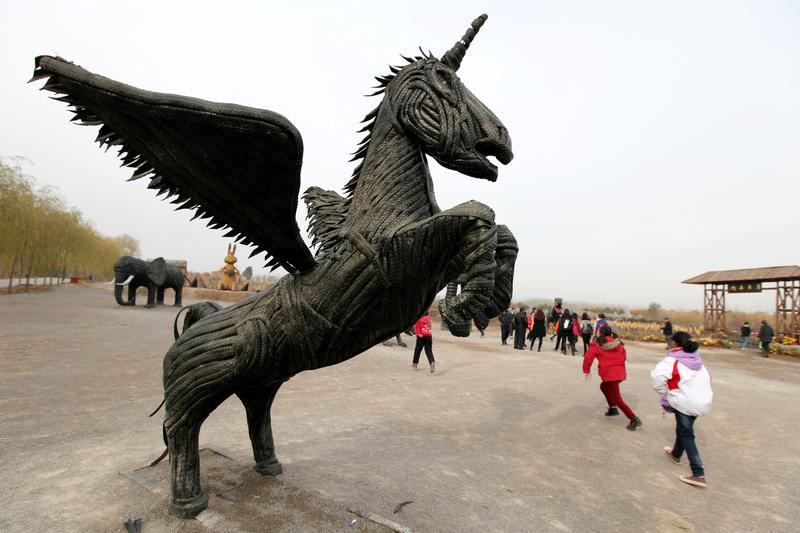 Payments app Toss is the latest of a handful of local startups to secure a $1 bln-plus valuation, after fundraising led by U.S. investors. A wealthy, tech-savvy market is nurturing a new breed of tech firms that can stand out abroad too. SoftBank and others are taking notice.

Visitors walk past a tyre sculpture in the shape of a unicorn in Zaozhuang, Shandong province, China November 19, 2017.

South Korea's Viva Republica, which operates financial services app Toss, said on Dec. 10 that it raised $80 million at a valuation of $1.2 billion. The funding round was led by U.S.-based Kleiner Perkins and Ribbit Fund, and is the first investment in a Korean startup for both. Existing backers including Altos Ventures also participated in the round.

Venture capital investments in South Korea hit 2.6 trillion won ($2.3 billion) in the first nine months of 2018. That compares to 2.4 trillion won for all of 2017, according to data from the Korea Venture Capital Association.