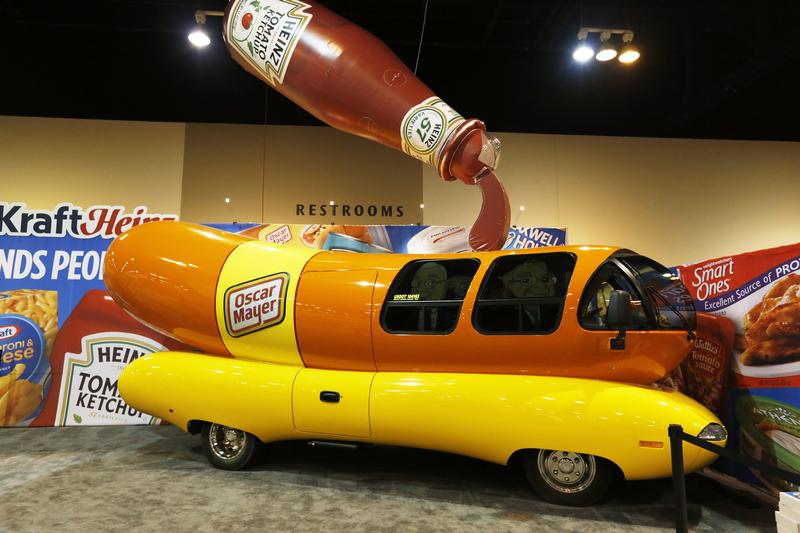 The ketchup-and-cheese giant withdrew a $143 bln bid for its Anglo-Dutch rival after an inopportune leak put British politicians’ knickers in a twist. But the idea of pairing 3G’s ruthless cost management with Unilever’s bent for innovation is embedded in shareholders’ brains.

The Kraft Heinz booth in the exhibit hall at the Berkshire Hathaway Annual Shareholders Meeting at the CenturyLink Center in Omaha, Nebraska, U.S. April 30, 2016.

Unilever and Kraft Heinz on Feb. 19 announced that Kraft Heinz had “amicably” agreed to withdraw its proposal for a combination of the two companies.

In a joint statement, Unilever and Kraft Heinz said they held each other in high regard. Kraft Heinz "had the utmost respect for the culture, strategy and leadership of Unilever," it said.

Theresa May used a speech on July 11 before she became UK prime minister to comment on the Kraft takeover of Cadbury, the confectionary company, and the unsuccessful attempt by Pfizer to acquire AstraZeneca.

"It is hard to think of an industry of greater strategic importance to Britain than its pharmaceutical industry, and AstraZeneca is one of the jewels in its crown," she said. "Yet two years ago the government almost allowed AstraZeneca to be sold to Pfizer, the U.S. company with a track record of asset stripping and whose self-confessed attraction to the deal was to avoid tax."

"A proper industrial strategy wouldn’t automatically stop the sale of British firms to foreign ones, but it should be capable of stepping in to defend a sector that is as important as pharmaceuticals is to Britain," she said.