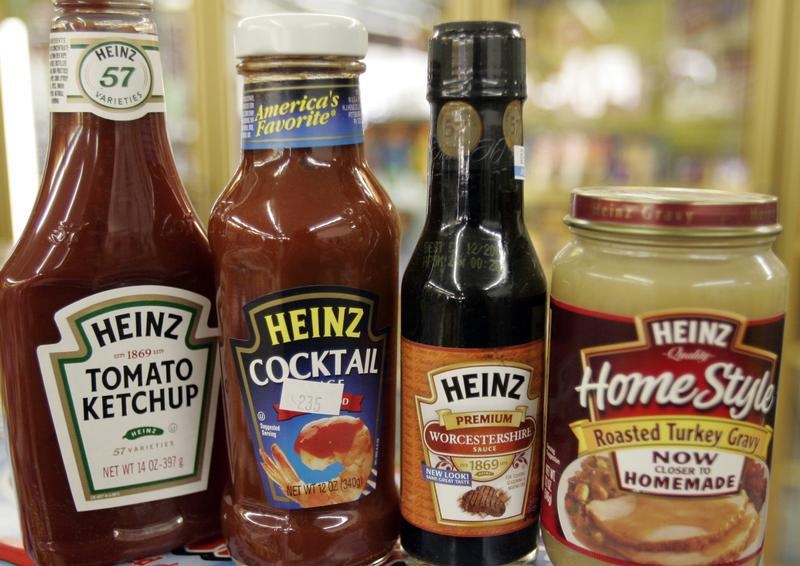 H.J. Heinz’s operating margins rocketed from 18 percent to 26 percent after 3G Capital and Warren Buffett’s Berkshire Hathaway took the ketchup maker private two years ago. In welcoming a merger that creates a company worth perhaps $80 billion, Kraft Foods investors are betting on more of the same.

The deal is right up 3G’s alley. The Brazilian investment firm has succeeded so far in rationalizing operations at Heinz, Burger King and other companies. The challenge was to find another transaction that wouldn’t need too much equity or extra debt. Acquiring Kraft, worth $36 billion before the deal was announced, fit the bill. It benefits from Buffett’s cash and reputation and the use of stock, which also means the enlarged Kraft Heinz will be publicly traded.

One view of the numbers takes last year’s reported EBITDA – $2.4 billion for Kraft, $2 billion for Heinz – adds the promised annual cost savings of $1.5 billion and applies Kraft’s 18 times multiple before the deal was announced. That gives an enterprise value for the new Kraft Heinz of $106 billion. Strip out combined net debt of $20 billion and Berkshire Hathaway’s $8 billion preferred interest in Heinz, and the result is an equity value of nearly $78 billion.

Kraft shareholders will get 49 percent of that plus a $10 billion special dividend, or $48 billion of value altogether – a 32 percent premium. That’s safely in the ballpark for control payments. The company’s stock has spiked higher still, perhaps reflecting plans to enhance growth by using the Heinz network to take Kraft’s brands international.

3G is disciplined about such things, but scaling Kraft’s business manageably hasn’t been easy. Heinz is buying the U.S. part of a 2012 split that left the old Kraft’s international business in a separate entity known as Mondelez.

What’s more, it’s tough to come up with a heady valuation for Kraft Heinz by just taking Heinz’s $23 billion equity value before 3G and Buffett bought it and adjusting for EBITDA growth and broad stock market gains. Allowing for the other deal terms, the premium for Kraft shareholders is under 20 percent by that math. 3G will have to replenish the Heinz secret sauce bottle to justify investors’ expectations.

H.J. Heinz and Kraft Foods said on March 25 they had entered into a merger agreement. Kraft shareholders, with shares worth $61.32 apiece or $36 billion in aggregate at the close on March 24, will receive a special dividend of $16.50 a share – worth about $10 billion in total – and will own 49 percent of the combined Kraft Heinz.

The new company, which will be controlled by Heinz owners 3G Capital and Warren Buffett’s Berkshire Hathaway, will maintain Kraft’s dividend and its shares will be publicly traded.

Kraft shares rose more than 30 percent to trade above $80 each in early New York trading on March 25.

3G, an investment group founded by a trio of Brazilian billionaires, partnered with Berkshire to take Heinz private in 2013 in a $23 billion deal. The firms will be injecting new equity to cover the cost of the special dividend payable to Kraft shareholders.