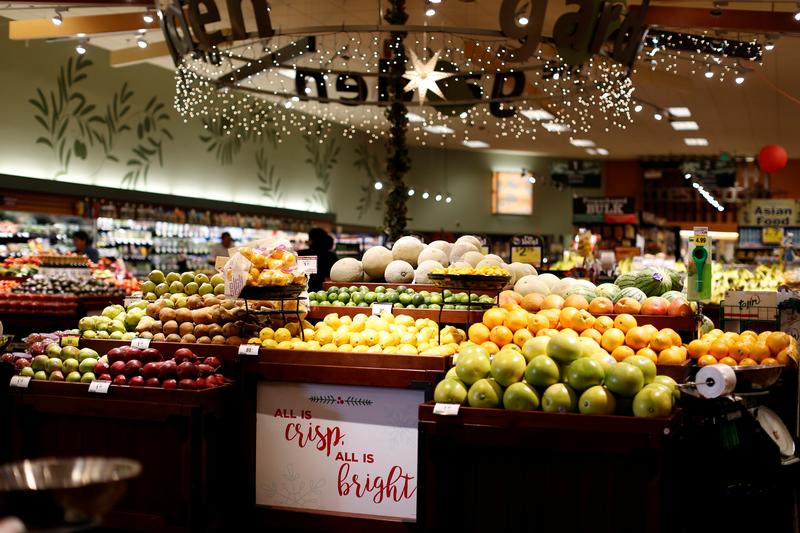 The supermarket chain is the latest victim of price-cutting, losing nearly $5 bln in value after shaving earnings guidance. Wal-Mart is stepping up efforts to undercut rivals while German discounters Aldi and Lidl are expanding stateside. Consumer gains mean shareholder pain.

The produce section at a Ralphs grocery store, which is owned by Kroger Co, is pictured ahead of company results in Pasadena, California U.S., December 1, 2016. REUTERS/Mario Anzuoni

The company cited competitive pressures in the industry and higher labor costs for the earnings decline. Vowing the company “will not lose on price,” Chairman and Chief Executive Rodney McMullen said: “We are driving our strategy of lowering costs to reinvest in ways that provide the right value to our customers.”

The company’s shares were down 18 percent at $24.83 in midday trading.

German grocery chain Aldi announced on June 12 it would invest $3.4 billion to expand its U.S. store base to 2,500 by 2022 from 1,600 today. The expansion would make Aldi the third-largest U.S. grocery chain by number of stores, behind Wal-Mart and Kroger. German rival Lidl opened the first of a planned 100 U.S. stores on June 15.

Wal-Mart Stores is testing lower prices in 11 U.S. states and pushing vendors to undercut rivals by 15 percent, according to Reuters.