Asking for the earth 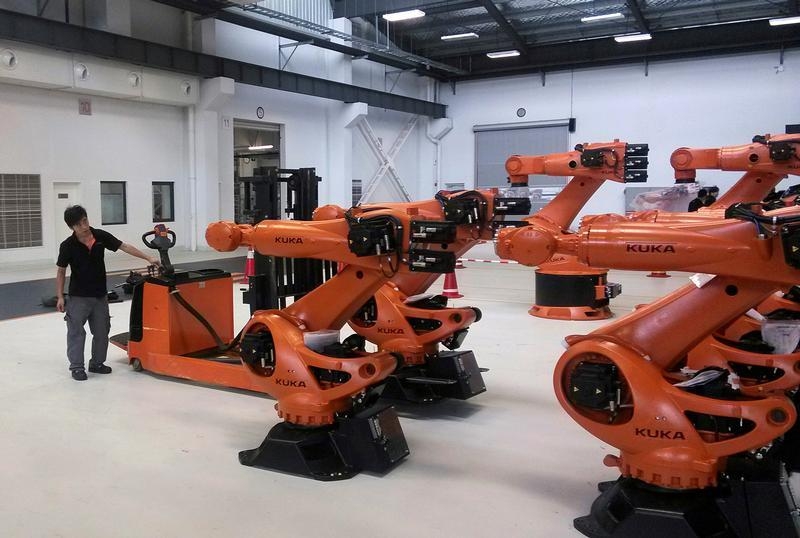 The legally binding agreement to keep Kuka’s headquarters, factories and jobs in Germany for the next seven and a half years far outstrips local standards for such agreements, which typically last for just two to three years. It comes on top of a 36 percent premium to Kuka’s closing share price the day before the offer on May 18. The sweeteners are enough to have convinced the target’s board to recommend the deal.

Midea may well have wanted to keep jobs and management in Germany anyway, as other Chinese suitors have done with overseas acquisitions. Kuka’s future success, after all, depends on reassuring both suppliers and customers that sensitive industrial technology will not be pilfered to make cheap knock-offs in China. Midea has even agreed not to access databases containing such information or move customer data to China. Yet that limits the Chinese group’s ability to adjust to business conditions as they evolve.

Western buyers are more likely to object to such onerous conditions. Yet Chinese bidders may well have to jump over more hurdles like these amid a rising tide of protectionism stirred up by politicians across Europe. China’s M&A credibility has further suffered recently following the failure of a number of high profile deals led by other acquirers from the People’s Republic including insurance giant Anbang and machinery maker Zoomlion.

The message from Kuka is clear: Chinese buyers are willing to offer much more than big fat premiums to get strategically important deals over the line.

A staff member stands next to robots at a plant of Kuka Robotics in Shanghai, China August 13, 2014. REUTERS/Pete Sweeney/File Photo - RTX2EBT1

German robotics maker Kuka said on June 28 that it has signed an investor agreement with Chinese bidder Midea that includes a long-term commitment keep its existing headquarters, factories and jobs.

The assurances, under the legally binding agreement, include a commitment to Kuka's existing strategy, board independence, agreements on protecting business partners' data, as well as the assurance not to pursue a so-called domination agreement or delisting.

A domination agreement allows a buyer to integrate an acquisition and take control of a company's cash flows.

"The agreed term of 7.5 years is much longer than what is customary", Kuka's Chief Executive Till Reuter said in a statement.

Midea made a 4.5 billion-euro ($4.97 billion) bid for Kuka on May 18 which caused a stir among German politicians. Kuka is the biggest German industrial technology company to be targeted by a Chinese buyer.

Kuka added that both its management and supervisory boards recommended the Midea offer and viewed the 115 euros-a-share offer as "fair".