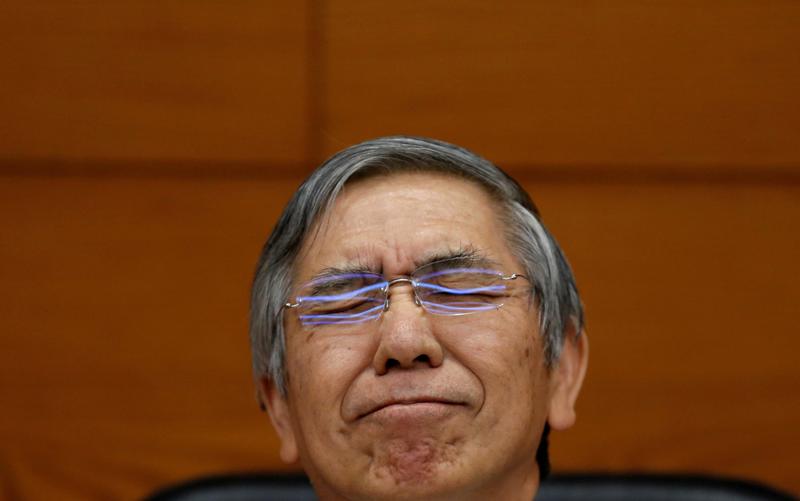 Prime Minister Shinzo Abe is being coy about whether Haruhiko Kuroda will get a second term as Bank of Japan head. Kuroda has earned it, and Japan’s deflation fight would benefit from continuity. But he also needs help from Abe’s team, which has been slow to enact vital reforms.

Japan’s 1.4 percent annualised growth between July and September was the seventh straight quarter of expansion, the longest since 2001. That followed revised growth of 2.6 percent in April to June. Core consumer prices, which excludes fresh food prices, rose 0.7 percent in September from a year earlier.

Etsuro Honda, adviser to Prime Minister Shinzo Abe and Japan's ambassador to Switzerland, told Reuters on Nov. 8 that the Bank of Japan needed “new leadership” and “stronger policy steps” to achieve 2 percent inflation. He said he would accept the job if offered it.

A Reuters poll published on Nov. 13 found that 23 percent of companies plan to use their accumulated cash for mergers and acquisitions, versus 4 percent that plan wage increases. Only 3 percent said they were already tapping reserves for wage hikes, while 5 percent said they were already deploying their cash for mergers and acquisitions.