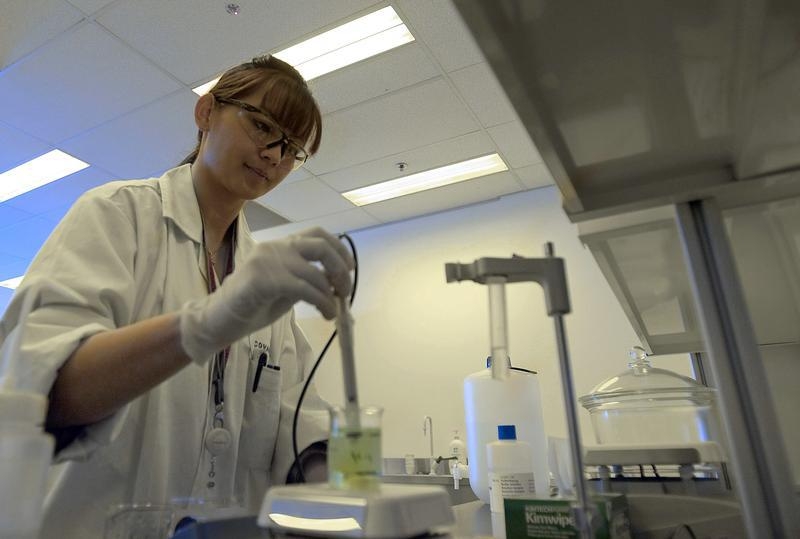 Laboratory Corp of America’s $6.1 billion deal for Covance tests positive for value destruction. The strategic logic behind adding the clinical trial outsourcer to the firm that checks patients’ blood and other fluids is hazy. Shareholders’ financial diagnosis is damning, too. They swabbed some $700 million off LabCorp as cost cuts fell far short of the 32 percent premium paid.

There’s very little revenue overlap between the two – LabCorp estimated the figure at less than 3 percent of its businesses. While that means antitrust won’t be a concern, it also limits the scope for reducing expenses. The companies figure there are $100 million of estimated savings. These are worth perhaps $700 million to shareholders today, once taxed, capitalized and discounted for the three years it’ll take to realize them. That covers just half the $1.4 billion sweetener LabCorp is paying for control.

Executives are hoping that greater revenue will make up the shortfall. Considering where healthcare appears to be going, that general premise holds some water. Doctors are increasingly being paid based on how patients fare, rather than the number of people treated. LabCorp already has a taste of this model under the U.S. Affordable Care Act. Obamacare has increased the number of patients with insurance, but is squeezing prices paid per test.

The idea is that owning Covance will allow LabCorp to inject more into its top line by combining and then acting on the data generated by labs and clinical trials. One example would be to offer patients who test positive for a rare disease the chance to participate in a trial for a potential treatment. Another would use practical lab work and theoretical results from clinical trials to determine which LabCorp patients are most likely to have a heart attack.

It’s an appealing vision, but combining two completely different businesses is hard. Doing so while simultaneously shifting focus to new services, some of which don’t exist yet, is even tougher. Meanwhile, new startups, such as ultra-rapid and cheap testing firm Theranos, are threatening to upend the testing business. Until LabCorp can show there’s merit to its vision of healthcare, investors are right to regard the deal as an overpriced foible.

On Nov. 3 Laboratory Corp of America announced it had agreed to buy Covance for $6.1 billion in cash and stock. The lab testing company will pay $75.76 in cash and 0.2686 shares for each share held by investors in the clinical drug trial outsourcing firm. That works out to a 32 percent premium to Covance’s closing price on Oct. 31, the last day of trading before the deal was announced.