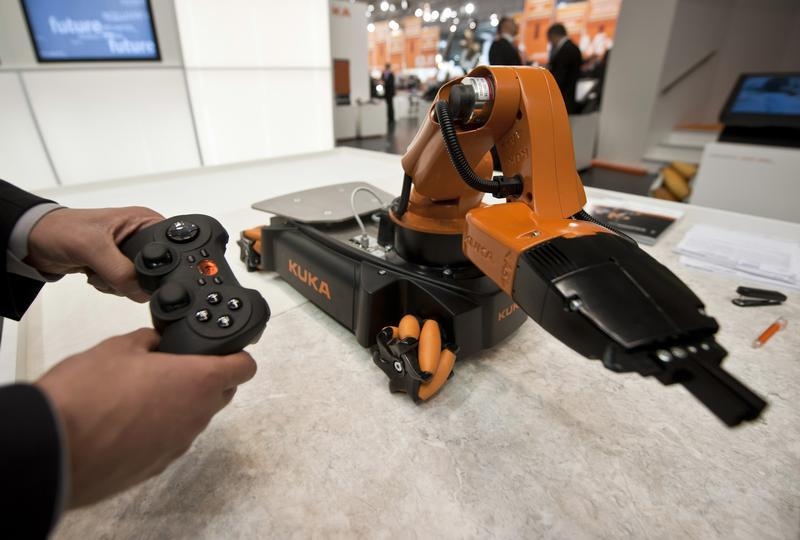 A man presents the KUKA 'youbot' - a mobile manipulator for research and education at the "Hannover Messe" industrial trade fair in Hanover April 3, 2011. The world's leading fair for industrial technology, with about 6,500 exhibitors from 65 nations, runs till April 8 with France as this year's partner country. REUTERS/Morris Mac Matzen

Kuka sees the offer as unsolicited but not unfriendly, the sources added.

The Wall Street Journal earlier reported that Midea’s offer would be for 114 euros a share. That would value Kuka at 4.53 billion euros ($5.12 billion).

Kuka acquired a 5.4 percent stake in Midea in August last year. In February, it lifted its stake to 10.2 percent, saying at the time that it intended to buy more shares.

The Voith Group is the largest shareholder in Kuka with a 25.1 percent stake.

Kuka’s ordinary shares closed trading in Frankfurt on May 17 at 84.41 euros.