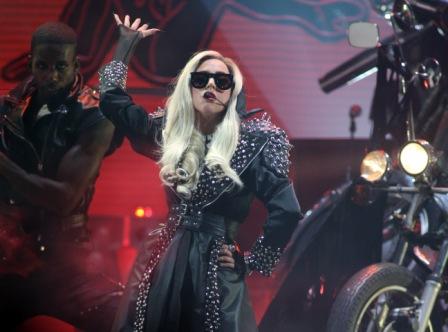 Lady Gaga isn’t the only foreigner giving Indonesia a miss. The controversial pop diva nixed a planned show in the country after protests by conservatives and demands she tone down her act. Investors are selling Indonesian stocks, and the country’s currency, amid concerns over demands that foreigners cede some control of over mines and banks. Indonesia’s new assertiveness may be backfiring.

Whether or not Indonesia hosts Lady Gaga’s world tour may have little direct connection with foreign direct investment. Indonesians aren’t the only ones to have objected to the singer’s flamboyant performances, nor is she the first to fall foul of the country’s conservative element. The suggestive styles of its own dangdut singers come in for regular condemnation. But the protests come amid rising anxiety among global investors about a new hauteur in Jakarta’s attitude on foreign imports, whether in culture, cows or capital. Indonesia this year more than halved its quota for imported beef. It lowered limits on foreign ownership of mines and plans to ban exports of unprocessed metals. And it may slash how much foreigners can own of its banks.

At best, such moves represent an effort to win a fairer shake for a resource-rich country wary of what many call the Dutch disease. Indonesia imports fuel for lack of refining capacity and suffers power shortages despite having Asia’s largest natural gas reserves. Meanwhile resources, including oil, account for more than half of Indonesian exports. Encouraging downstream investment in Indonesia seems reasonable. Meanwhile the 99 percent limit on foreign ownership of banks came when Indonesia was hard pressed for foreign capital. That is no longer the case. With FDI at a record $5.6 billion in the first quarter – a fifth of it mining – Indonesia may feel it can afford to drive harder bargains.

But Indonesia suffers a trust deficit. It still ranks in the bottom half of Transparency International’s Corruption Perceptions index and is third, behind China and Saudi Arabia, in the OECD’s index of FDI Regulatory Restrictiveness. With both China and India slowing, Indonesia’s resource wealth is less intoxicating. And with Europe in crisis, investors’ tolerance for risk is ebbing, as the rupiah’s nearly 5 percent slide since February indicates. If it’s not careful, Indonesia’s popularity will pass faster than Lady Gaga could sing her big hit, Poker Face.

Indonesia’s central bank said on May 28 that it has no intention of implementing new capital controls but is studying other options to manage rupiah and dollar liquidity.
The central bank is separately set to limit the maximum stake a single shareholder can take in the country’s banks to below 50 percent.
The restriction on foreign ownership could threaten Singapore-based DBS Group’s $7.3 billion bid for Bank Danamon. If the takeover went ahead, it would be Indonesia’s largest foreign takeover and Asia’s fourth-biggest banking deal.
In April, the country’s finance minister said it would issue a mining export tax regulation by June. Government officials in Indonesia had previously said a tax of 25 percent on mining exports is being considered for this year and a tax of 50 percent for 2013.
The G20 member wants to develop its mining industry, create jobs and turn itself into a producer of higher-value finished goods from an exporter of raw materials as it seeks to become one of the world’s ten biggest economies in the next decade.
Lady Gaga’s cancelled a planned Indonesia concert on May 27 because of security concerns over objections by Islamic groups.