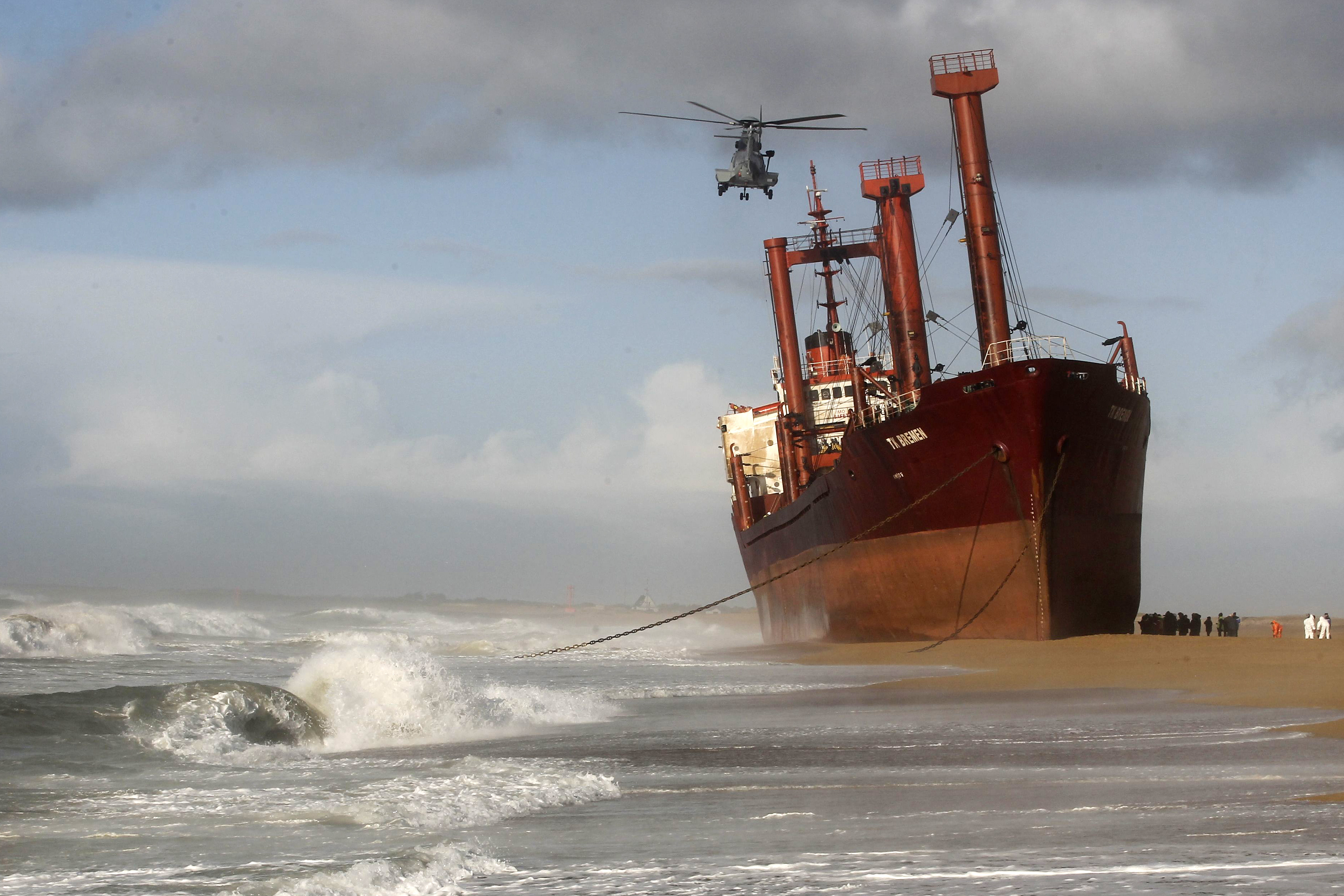 Germany’s notorious state-owned banks are facing yet another crisis. Bremer Landesbank is reeling from a 400 mln euro hit on shipping loans. It deserves bailing in. But politics may mean it staggers on beyond its sell-by date – a common Landesbanken problem.

A helicopter surveys the Maltese-registered cargo ship the TK Bremen, which ran aground on Kerminihy beach at Erdeven, spilling oil from its engines on the coast of Brittany in western France, December 16, 2011. Winter storm Joachim has battered France's western seaboard since yesterday. REUTERS/Stephane Mahe (FRANCE - Tags: TRANSPORT DISASTER ENVIRONMENT) - RTR2VBCT

German state-controlled lender NordLB aims to take full control of its Bremer Landesbank (BLB) unit after regulators asked the Bremen-based lender to strengthen up its capital against bad shipping loans, sources familiar with the matter told Reuters on June 6.

BLB on June 2 announced that it had to write down the value of its shipping loans by about 400 million euros during the first half of 2016 and warned of another large impairment during the second half of the year. The lender said this will likely result in a mid-three-digit million euro loss in 2016. It also pointed out that steps to strengthen its capital are under way.

NordLB, which currently owns 55 percent of BLB, has offered to merge with Bremer Landesbank in a move that would see the city state of Bremen, which owns 41 percent of BLB, become a minority shareholder of the combined bank, the sources said.

Other options for the lender with 29 billion euros ($33 billion) in assets are also being discussed, the sources said, adding that Bremen has not yet decided how to handle the situation. Injecting state capital into Bremer Landesbank would see the EU commission launch state aid proceedings, which the owners hope to avoid.