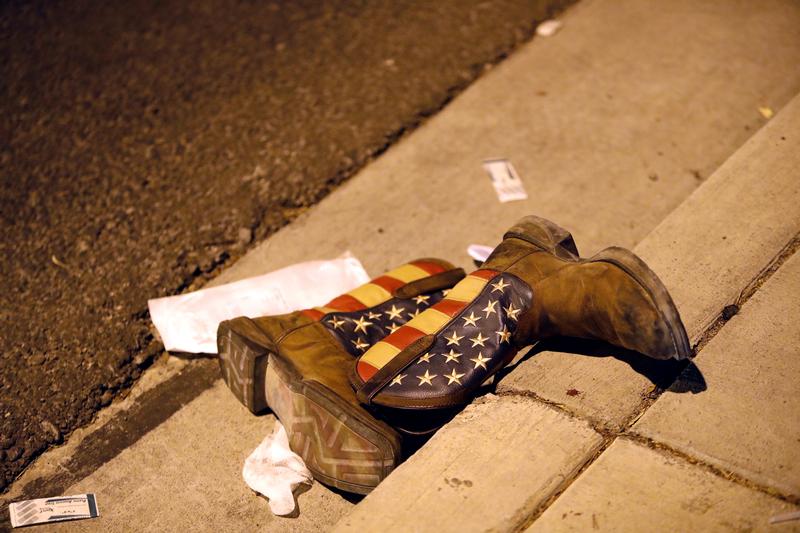 Casino stocks fell and gunmakers’ jumped after the worst shooting in U.S. history left at least 50 dead. Horrific as it is, the incident is unlikely to impact gun laws, markets, political debate or voters’ minds. A deeply divided country will find it hard to mount a response.

A pair of cowboy boots is shown in the street outside the concert venue after a mass shooting at a music festival on the Las Vegas Strip in Las Vegas, Nevada, U.S. October 1, 2017. REUTERS/Las Vegas Sun/Steve Marcus

At least 58 people were killed and more than 500 injured when a gunman opened fire on an outdoor country-music festival from a 32nd floor hotel room on the Las Vegas strip, according to police. The toll, if confirmed, would make it the deadliest mass shooting in U.S. history, exceeded the 49 killed at an Orlando night club last year.

Police identified the gunman as local resident Stephen Paddock, 64, and said he shot himself to death before police entered his room.