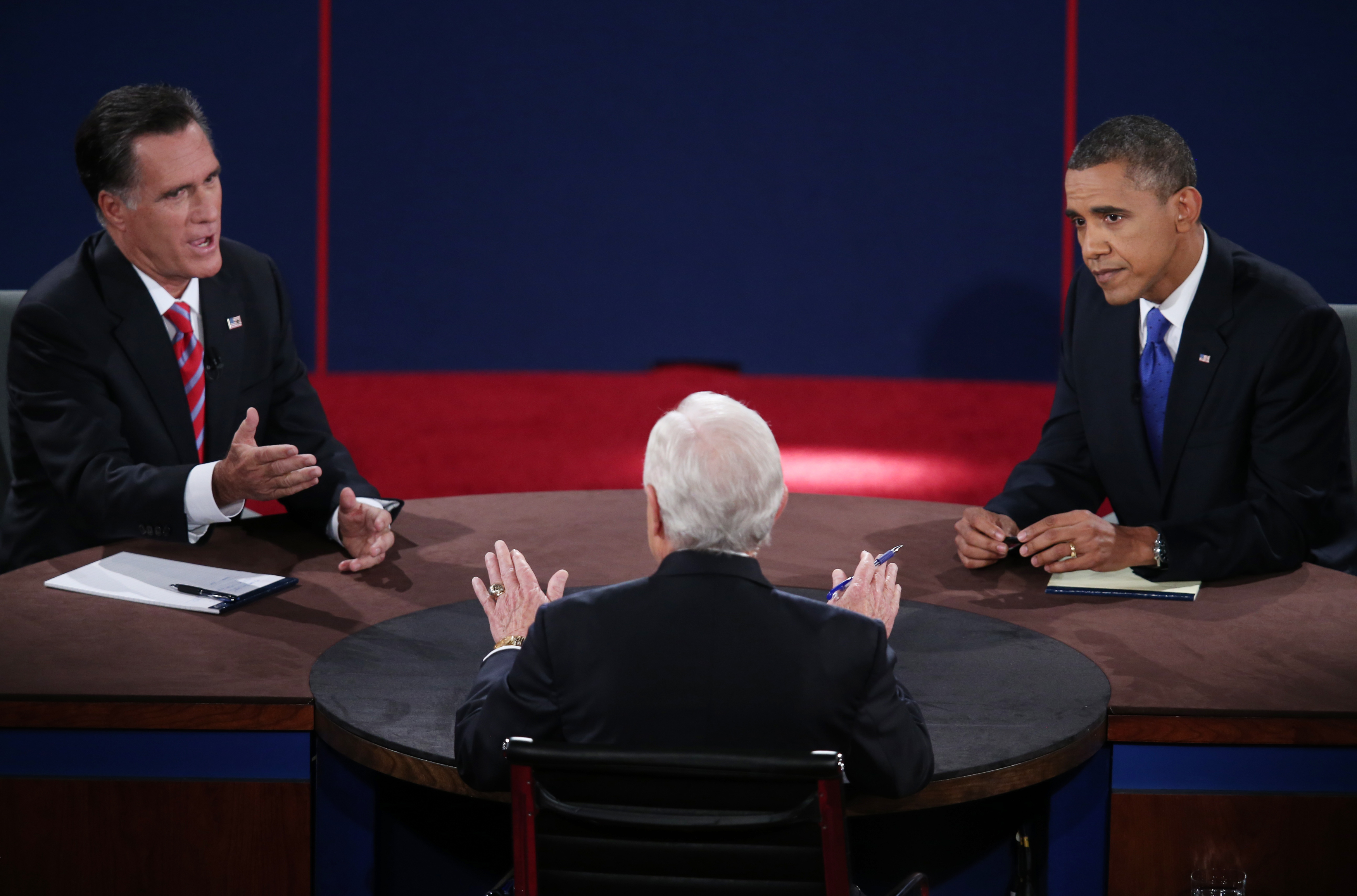 The last U.S. presidential debate was an oratorical rendition of Saul Steinberg’s 1976 illustration of the myopic world view from New York. Listening to Barack Obama and Mitt Romney spar on Monday night, it would have been easy to forget Europe exists and imagine the Middle East is as big as the African continent and Asia combined. Free trade got short shrift and the global coordination of finance nary a mention. Worse, politically facile China-bashing suggests both men may miss a big opportunity.

Israel, Iran, Iraq and Afghanistan couldn’t be ignored and weren’t. Combined, they were mentioned at least 125 times during the 90-minute event, according to a transcript published by the New York Times. But Europe, whose fiscal crisis is still weighing on global economic growth, was discussed once, by the president, and only in the context of military cooperation. Germany, Italy and Spain never came up. Romney invoked Greece – as a bad word.

Neither candidate saw fit to acknowledge the importance of worldwide unity on economic matters. America’s looming fiscal cliff and ongoing European bailouts are proving to be significant drags on demand, and consequently impeding the emergence of developing nations. The cumulative impact of so many national austerity measures represents a significant danger. Neither candidate seems to appreciate the repercussions.

On the matter of trade, only China really mattered in Boca Raton, Florida. Romney recognized opportunities in Latin America, but lack of agreements to expand trade with the European Union, Japan and high-growth countries like Indonesia escaped his radar. It was a curious omission after Republicans spent so much time criticizing the president’s delay in pushing through deals with Colombia and South Korea.

Instead, Obama touted the record number of cases he has brought against China for violating trade rules and Romney promised to label the Middle Kingdom a currency manipulator on his first day in office. The show of strength may play well in Peoria, but overlooks a political event as big, if not bigger, than the U.S. election.

China’s upcoming handover of power offers America a golden opportunity to make progress on matters of market liberalization, financial services and intellectual property with the world’s second-biggest economy. The topic was the most disappointing omission of many from the foreign policy debate and all too indicative of the distorted perspective of the world from those who would survey it from the White House.

Barack Obama and Mitt Romney squared off on Oct. 22 in the last of their three debates, going head to head on matters of foreign policy. The president said his Republican challenger was “all over the map” on the subject while Romney contended: “Attacking me is not an agenda.”

Barack Obama and Mitt Romney squared off on Oct. 22 in the last of their three debates, going head to head on matters of foreign policy. The president said his Republican challenger was “all over the map” on the subject while Romney contended: “Attacking me is not an agenda.”