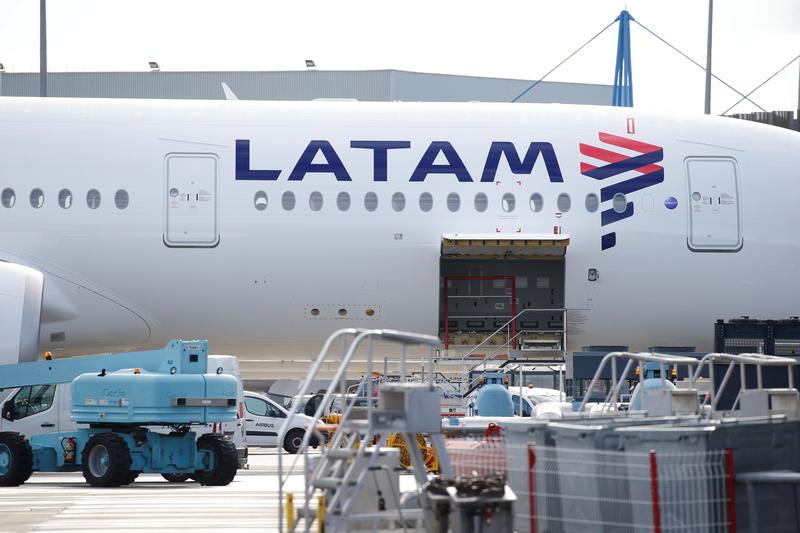 The region’s largest carrier, Latam Airlines, has filed for bankruptcy protection weeks after rival Avianca did. It can’t bank on government bailouts and has hefty dollar liabilities, amplifying the shock of having to ground planes. The future looks a lot smaller.

The logo of LATAM Airlines is pictured on an Airbus plane in Colomiers near Toulouse, France, November 6, 2018.

Latam Airlines and its affiliates in Chile, Peru, Colombia, Ecuador and the United States filed for Chapter 11 bankruptcy protection in the United States, the company said in a press release on May 26. It said its Argentina, Brazil and Paraguay units were not included in the filing.

The group said it had secured up to $900 million in emergency financing from shareholders – including the Cueto family, the largest shareholder, and Qatar Airways.

The airline group was created in 2012 through a merger between Chile's LAN and Brazil's TAM. It dominates international air travel in the region and is a leading domestic flight operator in Brazil, Colombia, Chile, Argentina, Peru and Ecuador.