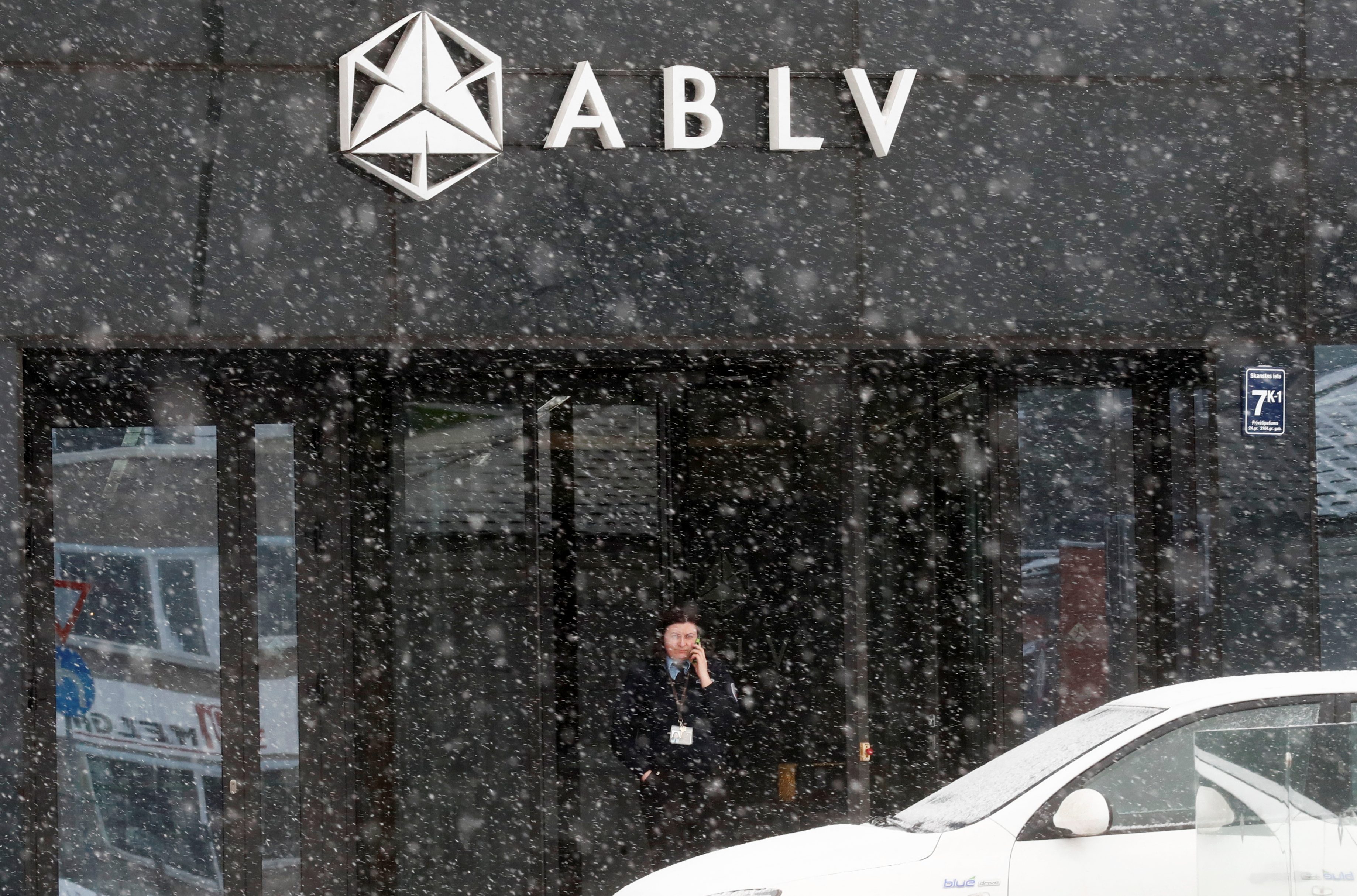 That’s the amount foreigners have deposited in the Baltic nation’s lenders. Now ABLV, the third-largest bank, is being wound up following U.S. money-laundering charges. The cost to Latvian taxpayers is limited. Containing the fallout for the overall banking system will be harder.

A security guard speaks on her mobile phone at the head office of the ABLV Bank in Riga, Latvia February 18, 2018. REUTERS/Ints Kalnins - RC1935EE5CF0

The European Central Bank said on Feb. 24 that ABLV Bank, Latvia’s third-largest lender, was failing or likely to fail due to the significant deterioration of its liquidity position following U.S. charges of widespread money laundering. ABLV will be wound up in accordance with Latvian insolvency rules after Europe’s Single Resolution Board decided that triggering an EU resolution procedure was not in the public interest.

Earlier in February, the U.S. Treasury had accused the Latvian bank of large-scale illicit financing, including to North Korean entities. That triggered an outflow of deposits worth around 600 million euros – more than 20 percent the bank’s deposit base.

ABLV deposits worth up to 100,000 euros should be guaranteed using the bank’s own funds rather than state money. Preliminary estimates from the Latvian financial regulator say 470 million euros may be needed to meet the guarantee.

Latvian authorities were holding an emergency meeting on Feb. 26 to assess the potential implications for the country’s broader banking system. The country’s finance ministry said Latvian total deposits were broadly stable at around 20 billion euros.