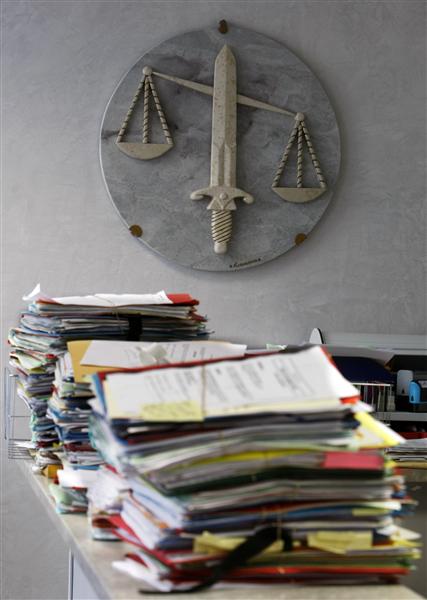 It’s coincidence that LegalZoom’s $120 mln float is coming as Dewey & LeBoeuf evaporates. But the rise of the U.S. online legal document site is a warning to old-line lawyers. There’s plenty of work for savvy legal eagles, but those who aren’t lean and innovative could perish.

The symbol of Justice, with the sword and the scales, is seen in a lawyers cabinet in Nice, southeastern France, October 9, 2009.

LegalZoom, an online provider of legal services and documents, filed on May 10 for an initial public offering of up to $120 million in stock. The company founded by entrepreneur Brian Lee and attorney Robert Shapiro, who successfully defended O.J. Simpson against murder charges, reported 2011 revenue of $156 million, 29 percent more than the year before. Net income was $12.1 million in 2011, but the company lost more than $4 million in 2010.

The U.S. Pension Benefit Guaranty Corp on May 15 sued Dewey & LeBoeuf, asking a federal court for an order terminating the troubled New York law firm’s pension plans. The complaint says Dewey is winding down and liquidating outside bankruptcy. The firm has suffered mass partner defections and warned its attorneys and staff members on May 4 that the firm and their jobs are in peril.