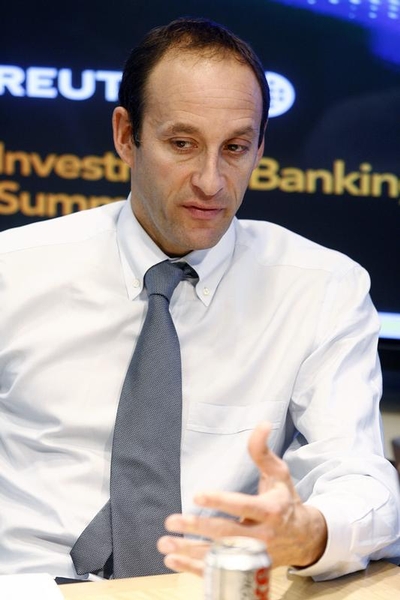 Lazard is tossing shareholders an M&A challenge. The Wall Street firm on Thursday beat estimates with $124 million of third-quarter net income, excluding a one-off tax-related gain. Operating revenue was a record and the operating margin was a stellar 27 percent. Chief Executive Ken Jacobs reckons the merger boom has room to run, but advisory houses’ recent stock drops imply investors are not convinced.

Growing fears over the summer about everything from slowing Chinese economic growth to a tepid U.S. economy took their toll. Before Lazard reported results, its shares and those of independent advisers Evercore, Moelis and Greenhill were down in price for the year. All but Moelis’ had fallen by double-digit percentages from their summer peaks. As of midday on Thursday, Evercore shares had erased their loss for the year.

It’s as if the market were ignoring Lazard’s solid earnings for the three months to September and great M&A results from many of the bulge-bracket firms in recent days. Future income may also be strong. Worldwide announced M&A volume hit $3.38 trillion earlier this month, already an annual record with almost three months to go, according to Thomson Reuters.

It’s easy to believe dealmaking will continue at a decent clip. Jacobs pointed out on Thursday that financing is still cheap, valuations in developed markets look reasonable and company executives want to boost the top line and operating leverage in a relatively low-growth environment.

Even after a 3 percent or so bump on Thursday, Lazard trades at less than 13 times what analysts expect the company to earn next year, compared with a more normal 16 times multiple earlier this year. Evercore and Greenhill, which generally trade far higher than their larger rival, are at just over 14 times 2016 estimates. That suggests shareholders are far more skeptical than Jacobs about M&A prospects. They cannot both be right.

Lazard on Oct. 22 reported third-quarter net income of $124 million, excluding a tax-related gain of $259 million. Revenue was $594 million. At 93 cents a share, earnings beat the consensus estimate of sell-side analysts of 90 cents a share.

Lazard on Oct. 22 reported third-quarter net income of $124 million, excluding a tax-related gain of $259 million. Revenue was $594 million. At 93 cents a share, earnings beat the consensus estimate of sell-side analysts of 90 cents a share.