Oh! What a Lovely War 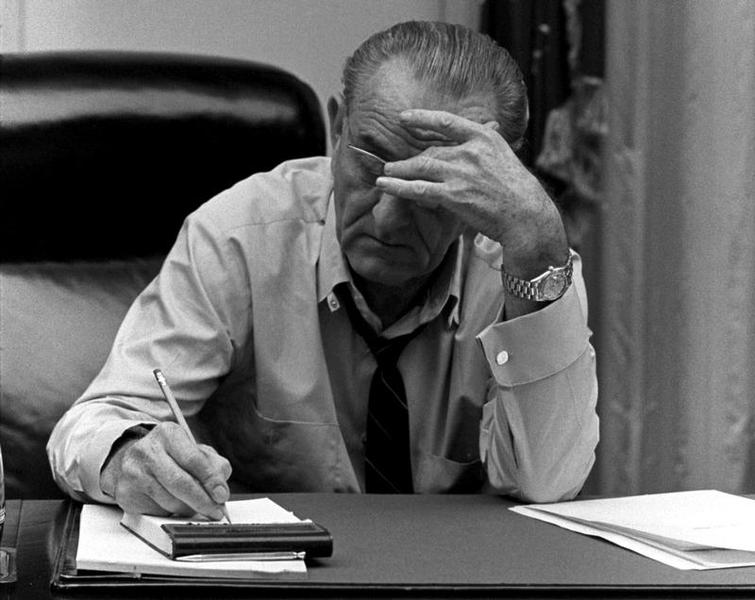 The U.S. welfare programs launched in 1964 improved the lives of the old and minorities, while tax credits and non-cash transfers helped more than official statistics suggest. On the flip side they also worsened incentives. But economic growth remains the best poverty reducer.

President Lyndon Johnson announced the “War on Poverty” in his State of the Union address on Jan. 8, 1964. Major initiatives included the Social Security Act of 1965, creating Medicare and Medicaid, the Food Stamp Act of 1964, the Economic Opportunity Act of 1964, which created the Community Action Program, the Head Start program, the Job Corps and the VISTA program, and the Elementary and Secondary Education Act of 1965.

The official U.S. poverty rate was 15 percent in 2012, according to Census Bureau figures, down from 19 percent in 1964 and up from a low of 11 percent in 1973. On the same statistical basis it was 41 percent in 1949. The official definition of income used to define the poverty threshold uses money income before taxes and tax credits and excludes capital gains and non-cash benefits. It is adjusted annually by the CPI-U consumer price index.