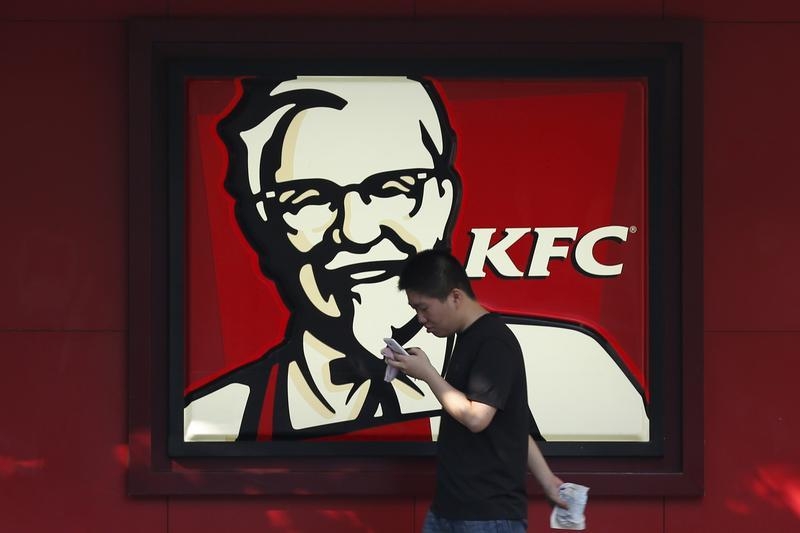 Kentucky Fried Chicken will stuff shareholders with $6.2 billion before spinning off its China arm. The remaining Yum will carry debt of 5 times EBITDA. That’s not too extreme for the fast food industry- but it does look a lot like a self-administered leveraged buyout.

A man walks past a logo of KFC, outside a restaurant in Shanghai, China, July 30, 2015. REUTERS/Aly Song

Yum Brands said it would return up to $6.2 billion to shareholders before separating its China business and listing it on the New York Stock Exchange, and possibly in Hong Kong.

The KFC and Pizza Hut owner, which expects to spin off Yum China by the end of 2016, said on Dec. 10 the capital return could take various forms, including a share repurchase, tender offer or special dividend.