A raisin in the sun 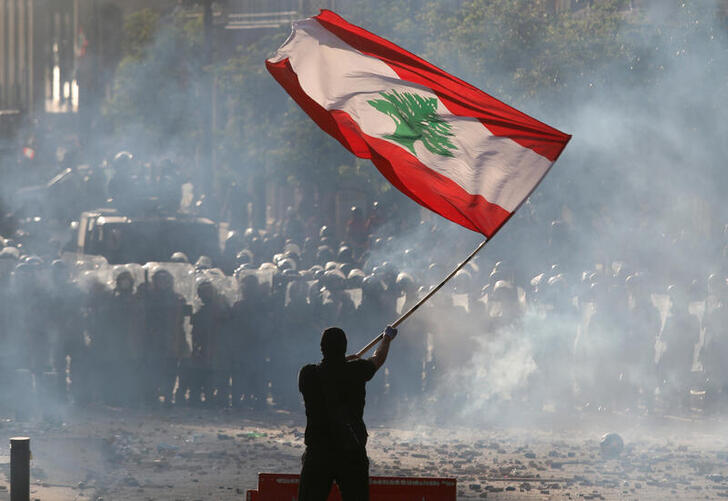 France hosted an emergency conference on Sunday to arrange aid for the devastated nation – and the IMF called for reforms. But the heavily indebted country has no functioning government, banking system or economy. And the people are livid. Normal reforms look like a pipe dream.

A demonstrator waves the Lebanese flag in front of riot police during a protest in Beirut, Lebanon, August 8, 2020.

France’s President Emmanuel Macron hosted an emergency donor’s conference on Aug. 9 to raise aid for Lebanon after 2,750 metric tons of ammonium nitrate stored at Beirut’s port exploded on Aug. 4, killing over 150 people, injuring over 6,000 and leaving around 250,000 people homeless. The conference produced commitments of around 250 million euros in humanitarian relief, according to Macron’s office.

Kristalina Georgieva, managing director of the International Monetary Fund, released a statement on Aug. 9, saying the lender had been speaking with the Lebanese authorities for months about a reform package, but that the talks had not produced results. She said the fund is prepared to “redouble” its efforts, but that reforms were necessary, including restoring soundness to the financial system and government finances, implementing official capital controls, reducing loses at state-owned enterprises and creating a better social safety net.