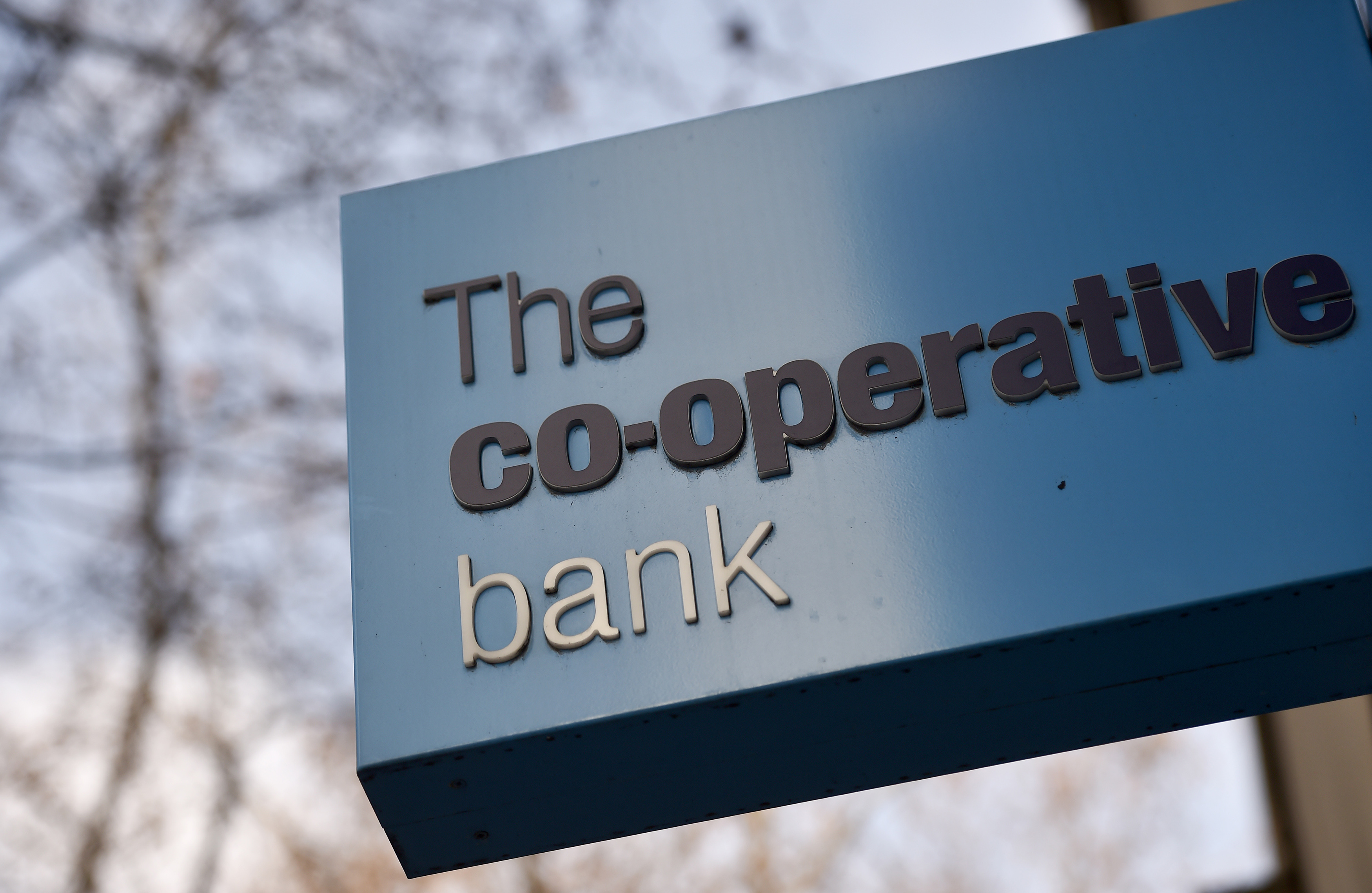 A sign hangs outside of a branch of The Co-operative Bank in London, Britain, February 13, 2017. REUTERS/Hannah McKay - RTSYFLO

Britain’s Co-operative Bank said on June 28 it had agreed a 700 million pound ($897.5 million) financial rescue package with leading investors to shore up its capital base, ending months of uncertainty about its future.

If the bank had failed to find a buyer or agree a rescue package, it would have been a first test of powers granted to the Bank of England after the 2008 financial crisis to intervene in a struggling bank and wind it down in an orderly way.

Investors who own Co-op’s subordinated bonds will pump 443 million pounds into the bank by swapping their debt into shares and providing 250 million pounds of fresh equity.

The bank will contribute 100 million pounds over 10 years to its section of the pension scheme it shares with Co-operative group. The former parent company’s holding in the bank will fall to around 1 percent from 20 percent.

German finance minister Wolfgang Schaeuble on June 28 bemoaned what he called a “regulatory loophole” in European bailout rules that enabled the Italian government to bail out two failed banks.