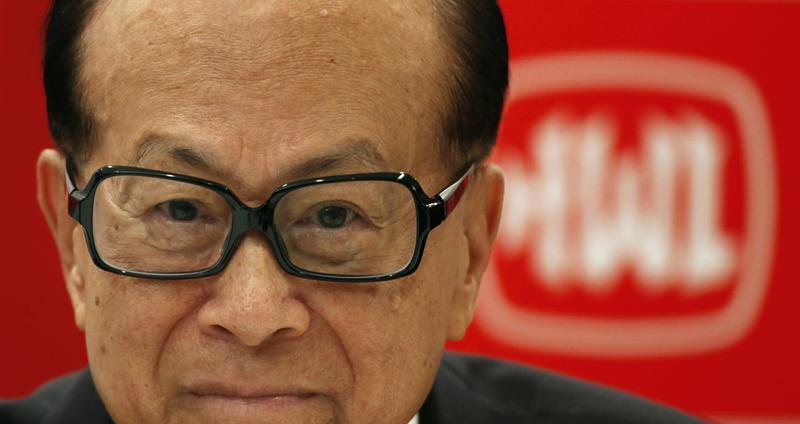 Li Ka-shing’s sale of ParknShop has flopped, but he still has other options. The tycoon’s holding company, Hutchison Whampoa, shelved a potential sale of the Hong Kong supermarket chain, after targeting an ambitious valuation of over $3 billion. But there are other ways to raise funds. ParknShop might be more palatable if Li can bundle it up with more attractive assets from his group.

ParknShop should have had a strong appeal for buyers, with its 7 percent EBITDA margin and strong grip on the Hong Kong market. It had around 40 percent share of the city’s supermarket sector in the first half, according to Nielsen Homescan. There’s even room for steady growth if consumers continue to turn away from the city’s open-air wet markets.

The failure to seal a deal with any one of four bidders, who included Thailand’s CP Group and state-controlled China Resources Enterprise suggests price expectations were too high. A valuation of $3 billion to $4 billion for ParknShop implied a rich multiple of 17 to 22 times trailing EBITDA. Singapore’s Dairy Farm, which owns rival chain Wellcome, trades on 20 times but with pan-Asian operations and higher margins. Global rivals Tesco and Carrefour trade around 6 times trailing EBITDA.

Li’s next move could be to repackage ParknShop with other bits of his retail empire, A.S. Watson, most of which has higher margins than the Hong Kong chain. If A.S. Watson could attract the same 12 times trailing EBITDA multiple as U.S. food-to-healthcare chain Walgreen, it would be worth at least $19.7 billion – even without a premium for faster growth from Asian markets. Hutchison Whampoa could in theory float just a 25 percent stake of the retail business and raise more than it would have got from selling the whole of ParknShop, without giving up control.

Hong Kong tycoon Li Ka-shing looks on in front of a company logo of Hutchison Whampoa during a news conference in Hong Kong March 26, 2013.

Hutchison Whampoa said on Oct. 18 that it had shelved plans to sell its Hong Kong supermarket chain ParknShop and would now consider a public offering of all or some of its retail group A.S. Watson & Company Limited.
The Hong Kong-listed conglomerate said a sale of ParknShop would not deliver maximum value to shareholders and that it would continue to grow the business with a particular focus on mainland China.
Hutchison added it would not consider giving up control of any of the A.S. Watson business in the event of any flotation.
ParknShop attracted offers in excess of $3 billion, according to a person familiar with the situation. Bidders included state-owned China Resources Enterprises, Thailand’s CP Group, Japan’s Aeon and Australia’s Woolworths.
ParknShop generated HK$21.7 billion in revenue last year and earnings before interest, tax, depreciation and amortization of HK$1.4 billion, a person familiar with the matter has previously told Reuters.
[The view has been corrected to amend the figure for A.S. Watson in the second sentence, paragraph 4]