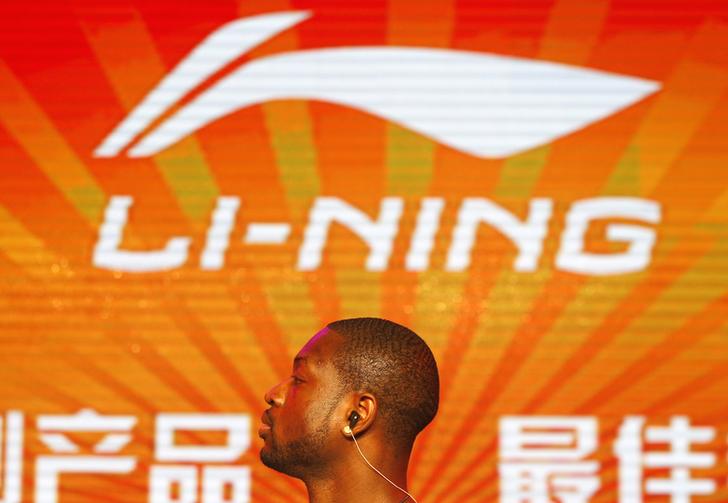 Most fitness plans come down to two things: burning fat and building muscle. Li Ning has managed the first, but not yet the second. In the first half of 2013 the Chinese sportswear brand closed stores and shed inventory, narrowing its operating losses to 39 million yuan ($6.3 million). But Li Ning has yet to prove it can follow this up with sustainable top-line growth.

Under the control of private equity group TPG, Li Ning is undoubtedly slimmer. A year ago the company was stuffing retailers with stock, much of which proved unsaleable. Since then it has shut almost a fifth of its shops, and set aside 1.5 billion yuan in provisions to help retail partners shift unsold goods. That’s going better than expected: Li Ning’s first-half operating loss beat analysts’ forecasts chiefly because of a 232 million yuan provision writeback.

While revenue has taken a hit, falling 25 percent year on year, what’s beneath looks more toned. The company has taken a cue from successful retailers like Zara owner Inditex by cutting the time it takes new products to come to market, from over a year to as little as three months. Its franchisees now shift stock in seven months on average, rather than nine.

What matters to investors now is how quickly Li Ning can bulk up. Investing in its brand, including a multi-million dollar tie-up with basketball star Dwyane Wade, makes sense, but only if it creates visible revenue outperformance. Sales at Li Ning’s directly operated stores grew 9 percent year on year, yet by the company’s own estimates from last year, the market overall should grow over the next few years at a double-digit rate.

Investors aren’t yet giving Li Ning much credit. Say it is able to expand its EBITDA margin from the current 2 percent to 15 percent – a bit less than the company managed in better days. Applied to analysts’ forecast of 5.6 billion yuan revenue in 2013, it would put the company’s current enterprise value at seven times EBITDA, half the rating of U.S. rival Nike and a 15 percent discount to the global footwear industry average.

NBA Miami Heat's Dwyane Wade stands in front of a company logo of Li Ning during a promotional event for Li Ning's Way of Wade sneakers, in Beijing, July 3, 2013

Li Ning, the Chinese sportswear brand part-owned by buyout group TPG, reported revenue of 2.9 billion yuan ($470 million) for the first half of 2013, a 25 percent decrease on the same period in 2012, as it closed stores and discounted stale inventory.
The company booked an operating loss of 39 million yuan, compared with a loss of 1.8 billion yuan in the last six months of 2012.
Analysts had expected revenue of 2.8 billion yuan, and an operating loss of 177 million yuan, according to Thomson Reuters Eikon. Li Ning’s Hong Kong-listed shares fell 5 percent on the morning of Aug. 12, to HK$4.97.
The company’s operating loss included a 232 million yuan gain from reversals in provisions the company took at the end of 2012, reflecting better-than-expected bad debts from retail partners, and inventory disposals.
In January, Li Ning announced a $240 million issue of convertible securities to fund its corporate recovery, and renegotiated the terms of existing convertibles held by TPG and Singaporean sovereign wealth fund GIC.
(This view has been updated to correct the forecast 2013 revenue figure and the implied valuation for the company.)