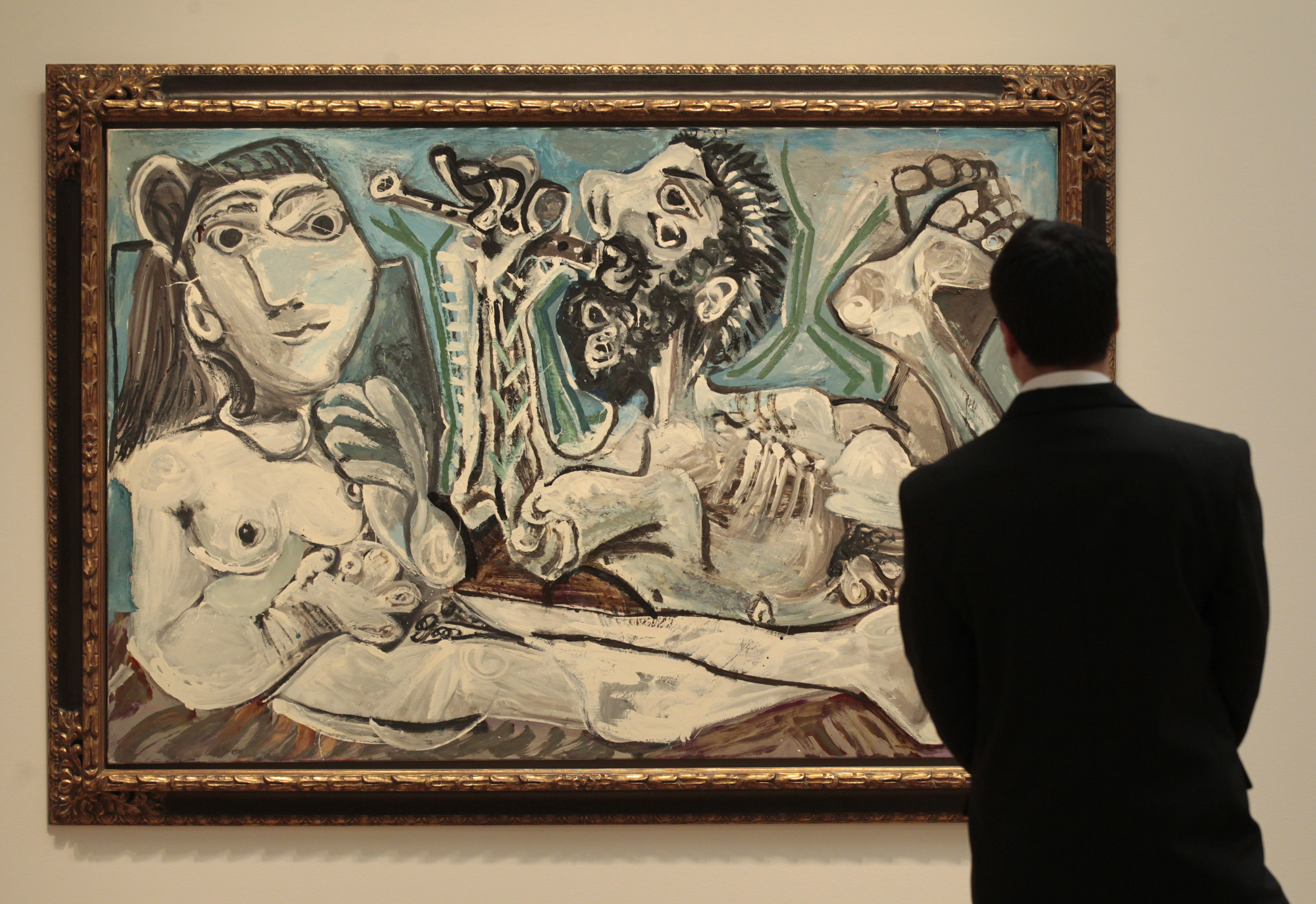 Contemporary art may have been on sale at Sotheby’s last night. But the scene was more befitting a surrealist. Just hours before financial markets had one of their worst days in months. Embattled Italy threatened to destabilize the underpinnings of the global economy. Hundreds of protesters clamored outside the famed art house, alongside the buyers’ limousines, for greater income equality. Inside, the ultra-rich splashed out over $300 million in what connoisseurs called an epic auction.

One modern interpretation suggests art has become more of an investment refuge for the plutocracy, like gold bars that go on your wall. It’s certainly one way to explain the eyebrow-raising prices for abstracts from the relative unknown Clyfford Still. The evening’s sensation was his “1949-A-No. 1.” A bidding war on the red-and-black painting drove the price up to nearly $62 million, more than twice the high-end estimate and a record for the artist. Gerhard Richter’s works also blew away expectations to help give Sotheby’s its highest contemporary auction rake in over three years.

Art envy isn’t the only sign that the Occupy Wall Street din isn’t being heard on penthouse terraces. Sanford Weill, the former chief executive of Citigroup, put his 6,700-square-foot, top-floor residence on Central Park West on the market for $88 million. That’s twice what he paid for it four years ago and would be a Manhattan record. Weill said he plans to donate proceeds from the sale to charity, but for the time being would still have it as a deduction to apply against his taxable income.

The point is, the besieged banker class is still going about its business – and wielding considerable clout. That’s a lesson celebrity chef Mario Batali learned after likening bankers to Adolf Hitler and Josef Stalin at a media event. After news of the comments swept across Wall Street and sparked talk of boycotts among Batali’s well-heeled clientele, he apologized. With the 99 percent rallying against them, the rich clearly can’t afford to turn on themselves.

Coinciding headlines about eight-figure homes and paintings and five-figure meals may breathe fresh life into the demonstrators as winter approaches. But more than anything, the collection of events proves that for the .001 percent, life proceeds sweetly.

The season’s art auctions ended with the sale of $316 million of contemporary and postwar art at Sotheby’s on Nov. 9. The event took place just hours after U.S. stocks tumbled 3 percent in the market’s worst day since mid-August.

“It was one of the best auctions I’ve ever seen in my life,” said Nicolai Frahm, a leading London-based contemporary art adviser. One work, “1949-A-No. 1” by Clyfford Stills fetched $61.7 million, smashing the previous record for the artist at more than twice the presale estimate.

Separately, at a Time magazine person of the year event on Nov. 9, celebrity chef Mario Batali likened bankers to Adolf Hitler and Josef Stalin. Batali later apologized, but not before news of the comments had swept across Wall Street, prompting some financiers to say they would boycott his restaurants.