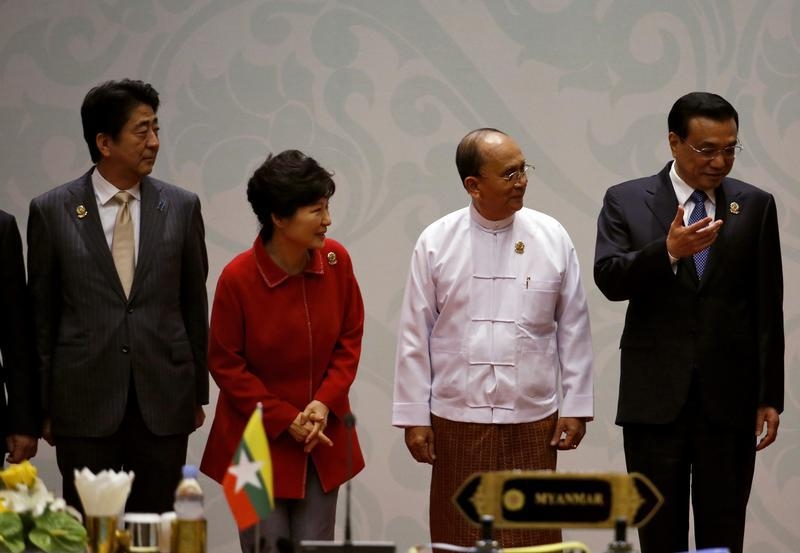 Not only is China slowing rapidly, but GDP expansion on the mainland is also increasingly “import-lite.” That’s a double whammy for the world. Fortunately, though, the People’s Republic has good reasons to avoid weakening the yuan to crank up exports. The consequences of such a move would be ugly for the global economy.

A four-month-long slide in the yuan against the U.S. dollar has stopped for now, even though, when adjusted for inflation, the Chinese renminbi is a third stronger than it was before the 2008 financial crisis against the average value of trading partners’ currencies. The erosion of China’s export competitiveness is palpable. And yet, Premier Li Keqiang recently told the Financial Times that the authorities “don’t want to see” further devaluation of the yuan. The goal is to boost domestic demand, rather than stimulate exports, he said.

A more immediate objective may be to prevent a crack in China’s debt edifice. Chinese borrowers owe more than $1 trillion to the rest of the world, according to the Bank for International Settlements, much of it in U.S. dollars. If the yuan weakens and capital outflows gather pace, Chinese companies could be forced to deleverage or default, leading to a sharp drop in growth. China’s push to have the yuan included in the International Monetary Fund’s basket of reserve currencies might also be jeopardised if Beijing is once again accused of manipulating the exchange rate for mercantile gains.

Whatever the reason, Beijing’s decision to keep the yuan stable should come as a relief for the rest of the world. A Chinese devaluation would lead to a loss of competitiveness for exporters elsewhere. That would be disastrous. Not only are global incomes struggling to grow, trade volumes are failing to keep pace with slowly rising incomes. China is a good example: While its 7 percent GDP growth in the first quarter is still respectable, it may have produced very little opportunity for exporters in either advanced nations or emerging markets to sell their wares in the People’s Republic.

The slowdown in China may be irreversible. But by avoiding a devaluation, Beijing is keeping the lightness of China’s growth a little short of becoming unbearable.

China’s Premier Li Keqiang ruled out a devaluation of the yuan in a recent interview with the Financial Times. “We don’t want to see further devaluation of the Chinese currency, because we can’t rely on devaluing our own currency to boost export,” he told the FT. “Instead, what we need is to boost our domestic demand. Otherwise, it will be difficult for us to adjust our economic structure.”

China’s gross domestic product expanded 7 percent from a year earlier between January and March, the statistics bureau in Beijing said on April 15. That’s the weakest pace of growth since the first quarter of 2009.

The yuan weakened 2.5 percent against the U.S. dollar in onshore trading during a four-month period ending in early March. It has since then recovered by almost 1.3 percent to trade at 6.1962 against the U.S. currency.