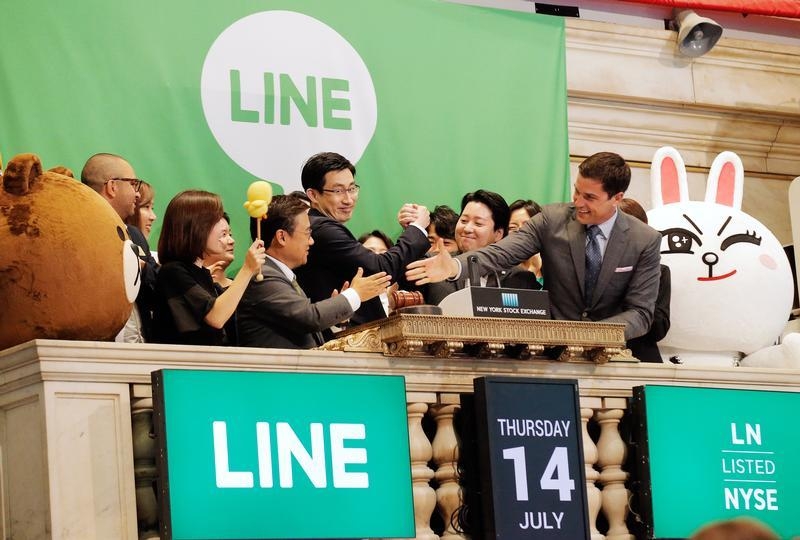 Shares in Japan’s top chat app soared on their debut. Line combines messaging with services and is adept at monetizing users. That makes it stand out against U.S. peers like WhatsApp. Although growth is slowing, low price expectations helped convince investors to tow the Line.

Including the overallotment, the company raised $1.27 billion from its dual listing in New York and Tokyo, making it the world's biggest initial public offering for a technology firm this year.

The company, owned by South Korea's Naver Corp, increased the range at which it offered shares before setting the final price at 3,300 yen a share – the top end of the higher range. Line's IPO was oversubscribed by almost 25 times, according to someone familiar with the offering.