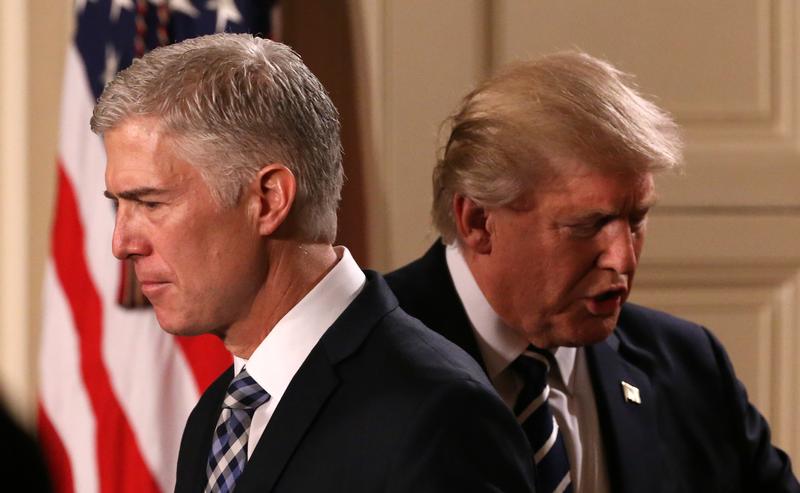 Neil Gorsuch has been nominated to replace Antonin Scalia, which would restore a slim conservative majority. Other ageing justices could provide a chance to tip the balance further. Donald Trump’s past and his early tests of power could mean ample time with the Supreme Court.

U.S. President Donald Trump steps back as Neil Gorsuch (L) approaches the podium after being nominated to be an associate justice of the U.S. Supreme Court at the White House in Washington, D.C., U.S., January 31, 2017. REUTERS/Carlos Barria - RTX2Z334

Gorsuch, a federal appeals court judge from the Denver-based 10th Circuit Court of Appeals, clerked for two Supreme Court justices and was unanimously confirmed for his current post by the U.S. Senate in 2006. He fits into the Scalia mode as a strict constitutionalist, meaning he takes the document literally as opposed to believing it is up for interpretation.

He will need 60 votes in the Senate, which is comprised of 52 Republicans and 48 Democrats.

Senate Majority Leader Mitch McConnell is under pressure from the White House to push for a simple majority approval for Supreme Court nominees, as is now the case for cabinet picks.