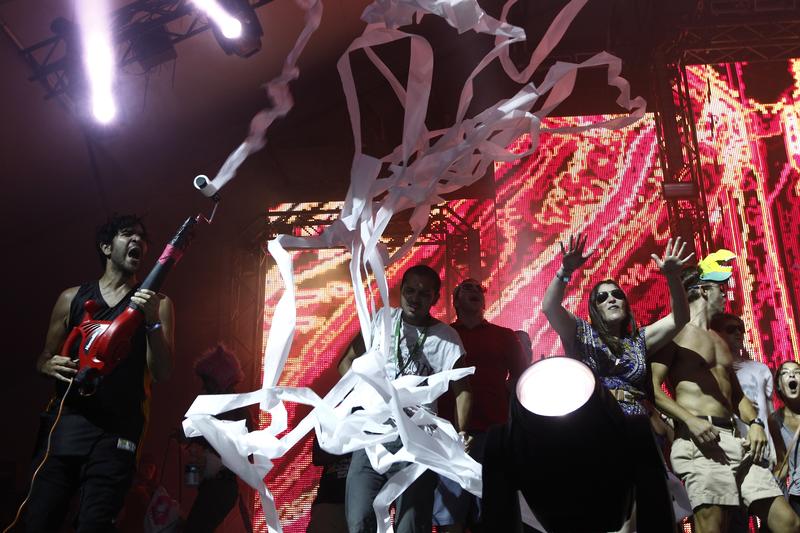 Live Nation Entertainment used to boast that every 16 minutes one of its events was starting somewhere in the world. The Lollapalooza promoter now finds itself in the VIP section of business uncertainty. Hoarding cash and slashing costs will help as the virus has thrust society into a state of suspended animation. But until there is greater public confidence about attending large social gatherings Live Nation will be in intermission.

The Ticketmaster owner stopped all show activity in mid-March. Shares are down more than 40% year-to-date compared to the S&P 500 Index decline of about 14%. The timing is especially painful, coming on the cusp of the financially important summer season. On Monday Live Nation took extra steps to shore up its coffers, raising its liquidity position to nearly $4 billion. Chief Executive Michael Rapino is giving up his salary. Furloughs, hiring freezes, rent renegotiations and the elimination of travel and marketing expenses are on the list too.

These moves should tide Live Nation over for some time. As of March 31 it had sold 45 million tickets to shows scheduled this year, down 2% from the previous year. Of those tickets, 15 million had been impacted by lockdowns, though most of those events have been postponed; only 10% had been outright cancelled. And it’s confident that much of the deferred revenue will remain while tours from major artists like Pearl Jam are pushed further into the calendar year.

Live Nation isn’t alone in its optimism that live experiences will bounce back once coronavirus has passed. Madison Square Garden plans to complete the spinoff of its entertainment business in mid-April. And the parent of Vogue magazine bought Ironman from Wanda Sports.

Some restrictions may start to relax by June, but fears of a second outbreak in the late summer or early fall will almost certainly reduce demand, or even permissions, for large-scale events until a vaccine arrives. The calculus for Live Nation’s shareholders will be to what extent Rapino can pare variable costs down to the bone to avoid a showdown with a lonely audience with the company’s creditors before then.

Live Nation Entertainment announced on April 13 an amendment to its existing credit agreements, the creation of a new revolving credit facility and a cost reduction program.

As of Feb. 29, Live Nation had $3.3 billion in cash and cash equivalents. An available debt capacity of $940 million raises the company’s total liquidity position to $3.8 billion.

Live Nation Entertainment announced on April 13 an amendment to its existing credit agreements, the creation of a new revolving credit facility and a cost reduction program.

As of Feb. 29, Live Nation had $3.3 billion in cash and cash equivalents. An available debt capacity of $940 million raises the company’s total liquidity position to $3.8 billion.