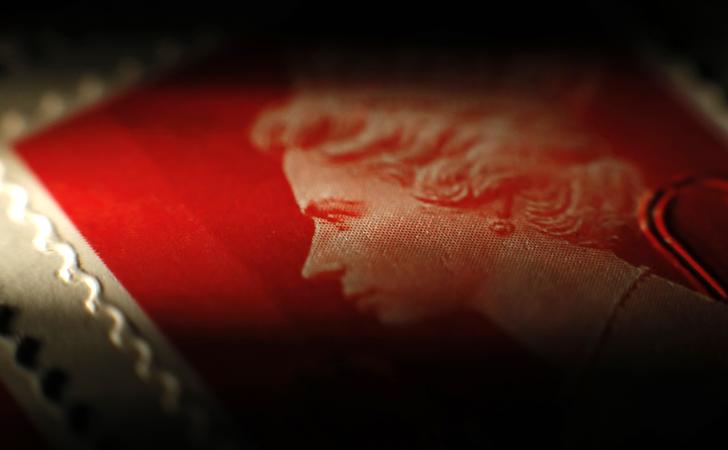 Lloyds Banking Group shouldn’t get too cocky following Royal Mail’s epic post-flotation pop. The state-backed British bank may be tempted to focus its next share sale entirely on retail punters after strong demand sent the postal service’s shares up 36 percent in their first few hours’ trading. But the differences between Lloyds’s secondary offering and Royal Mail’s primary one warrant a different approach.

Provided Royal Mail doesn’t tank any time soon, its listing clearly helps the government flog its remaining 32.7 percent stake in Lloyds. After September’s successful 3.2 billion pounds ($5.1 billion) sale to institutional investors, the bank could look at selling another 10 billion pounds ($15.9 billion) of shares when it returns to the market some time after March, bankers reckon. Proof that retail interest is there too – the retail portion of the Mail’s IPO was seven times oversubscribed – will help.

But strong demand for mail-delivery shares may not translate into strong demand for bank ones. Lloyds shares are traded in the market, so investors can already see what it is worth. A reduced chance of a Royal Mail-style bounce will dampen demand.

The state’s in-price for its Lloyds bailout also matters. The bank’s September placing valued the company at a small premium to the effective 73.6 pence per share at which the government bought its stake in 2008. Having trumpeted its feat of turning a profit, the state will be loath to sell future tranches below this level. But with the shares already trading above book value at 76 pence, the scope for a retail-friendly discount is currently limited.

Big retail offers are also hard to execute. Unlike the accelerated book-build that wrapped up Lloyds’ first tranche in a few hours, retail offers can drag on for over a week, giving hedge funds ample time to short the stock. Retail buyers are more likely to sell immediately, rather than provide the long-term support companies prefer.

Of course, an improving UK economy could leave Lloyds shares more highly rated come the spring. But even if this happens the bank would be better off restricting its retail sale below Royal Mail’s 33 percent. Anything more could backfire.

A book of first class postage stamps are seen in detail in Manchester, northern England, September 12, 2013.

Shares in Royal Mail opened at 450 pence on Oct. 11, 36 percent above the 330 pence level at which the UK postal services firm priced its listing on Oct. 10.
A third of the offering was allocated to retail investors, with the offer seven times oversubscribed. The rest was allotted to institutions, where the offer was twenty times oversubscribed.
By 1130 GMT, Royal Mail shares were trading at 438 pence. Lloyds Banking Group shares were trading at 75.9 pence, up 1.4 percent.