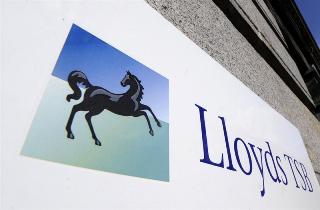 Lloyds Banking Group’s battered investors may be nearing redemption. Before the financial crisis, the UK’s biggest mortgage lender was the epitome of a stolid, dividend-paying stock. Since 2008, when it agreed to rescue HBOS and wound up 40 percent state-owned, its shareholders have not received a single payout. But an end to the drought is in sight.

It may not look that way right now: the bank’s first quarter contained some unpleasant surprises. The gargantuan 3.2 billion pound provision Lloyds set aside last year to cover mis-selling of payment protection insurance policies had to be topped up with another 375 million pounds. And its attempt to offload 632 branches by 2014, as demanded by the European Commission, is foundering amid doubts that the erstwhile frontrunner, the Co-operative Group, will last the pace.

But the first quarter also marked a return to form for Antonio Horta-Osorio, the chief executive who took time off last November suffering from exhaustion. Horta-Osorio took advantage of the market rebound to speed up disposals of nasty non-core bits of the balance sheet. The bank now thinks it will hit its non-core shrinkage target a year early. Deposits, which were six percent higher at the end of March than a year earlier, now almost cover the assets in Lloyds’s core bank. Besides, the lender has already secured all the wholesale funding it needs for 2012.

True, Lloyds is still hugely geared to the UK economy, which shrank in the first quarter. But the bank only expects the UK economy to stay flat for 2012, while provisions for bad loans and its net interest margin are both better than expected. If Lloyds can hold the line, it could have 1.8 billion pounds in net profit for the year, according to Thomson Reuters consensus estimates.

Whether Horta-Osorio is able to distribute some of this to shareholders depends how much capital UK banks need to satisfy the European implementation of global Basel III rules, and the size of any add-on deemed necessary by UK regulators. But provided June disclosure on both goes his way, Horta-Osorio could be sorely tempted to at least announce a roadmap to restoring the dividend. For long-suffering investors, that would be the first step to getting rid of its government stake.