Return of the Mike? 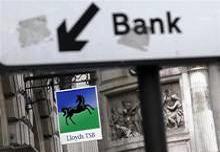 The UK bank’s board is meeting to discuss its leadership vacuum. Investors need to know if CEO Antonio Horta-Osorio will return after illness. If not, there aren’t many replacements with experience running public companies. Ex-HSBC boss Mike Geoghegan could be one place to start.

The board of Lloyds Banking Group met on Nov. 18, just over two weeks after the UK bank announced that its chief executive Antonio Horta-Osorio would take temporary leave of absence.
The board meeting was arranged before the announcement of Horta-Osorio’s temporary departure on Nov. 2, but the issue of chief executive would be discussed, according to a person familiar with the situation.