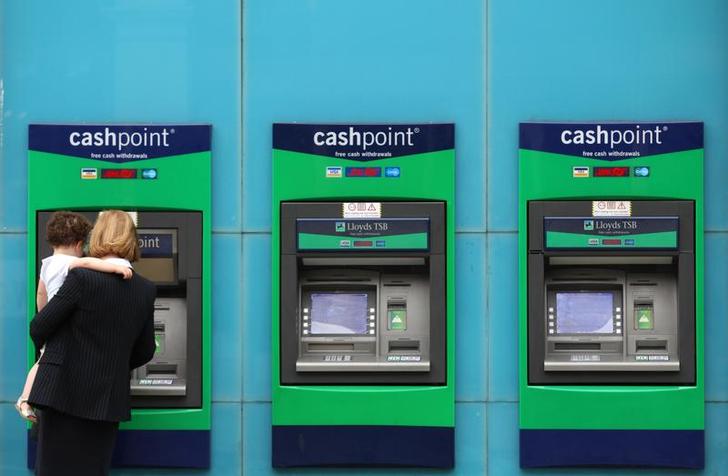 The UK bank’s net profit was 19 percent lower at 944 million pounds, thanks to one-offs including asset sales and restructuring costs. There was a 745 million pound charge relating to the cost of separating former Lloyds unit TSB, which is set to be acquired by Spain’s Sabadell.

In the three months to the end of March, the UK bank’s common equity Tier 1 ratio rose 60 basis points to 13.4 percent, while its leverage ratio was 10 basis points higher at 5 percent.

Unlike peers Royal Bank of Scotland and Barclays, Lloyds took no extra legal provisions to add to the 1.7 billion pounds it has set aside to cover claims for misselling retail insurance products.

Chancellor George Osborne said on April 19 that if the Conservative Party won the UK general election on May 7, he would offer shares in Lloyds to retail investors at a discount.

Investors would be able to buy between 250 pounds and 10,000 pounds’ worth of Lloyds shares, with priority going to orders of up to 1,000 pounds. The shares would be sold at a 5 percent discount to market value and investors who hold their shares for a year would receive an extra 10 percent, up to a value of 200 pounds. Lloyds is still 20.95 percent owned by the UK government.