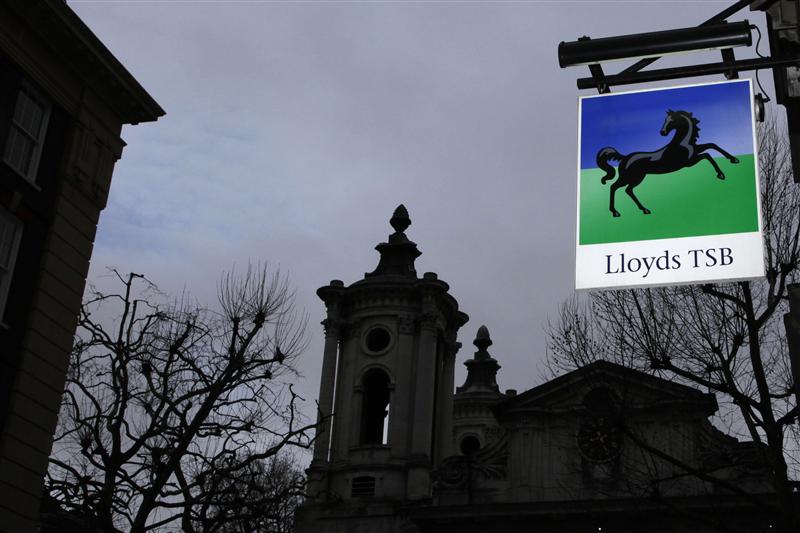 Investors looking for a cheap way into the UK banking sector are spoilt for choice. The government is preparing to sell down its 39 percent stake in Lloyds Banking Group, probably through a discounted share placing. Rival Barclays is about to launch a 5.8 billion pound rights issue. Barclays’ shares are cheaper, but Lloyds is the safer investment. On balance, Lloyds looks better value.

There is a sizeable valuation gap between the two. Barclays’ shares trade at only 0.7 times its forecast book value, whereas Lloyds’ are at 1.2 times. Barclays’ shares are only five times expected earnings in 2016, whereas Lloyds’ are on 8.8 times. That’s a big disparity given that Barclays’ per-share earnings growth is forecast to be faster in 2015 and 2016, according to Thomson Reuters Eikon SmartEstimate consensus of top-ranked analysts.

Still, Lloyds is expected to generate returns exceeding its cost of equity next year, while Barclays won’t achieve that until 2016. What’s more, Lloyds’ capital profile is slightly more reassuring. In August, Lloyds said it should have a 10 percent core Tier 1 capital ratio and 3.5 percent leverage ratio on a fully loaded Basel III basis by the end of this year. Barclays has committed only to reach 3 percent leverage ratio by the end of 2013 and be at 10.5 percent core Tier 1 by 2015.

Barclays has other uncertainties too. Chief Executive Antony Jenkins shouldn’t have any problem completing his rights issue, but he also has to successfully price 2 billion pounds of contingent convertibles and offload at least 65 billion pounds of risk-weighted assets. It won’t necessarily be easy to unwind some derivatives, and it’s not yet clear how new Basel rules will affect repo transactions in Barclays’ investment bank.

By contrast, after a five-year programme to shrink Lloyds’ non-core assets by over 200 billion pounds, Lloyds’ deleveraging is almost complete. Apart from the mandated sale of some of its branches, the key uncertainty around Lloyds’ investment case is the pace of the UK’s recovery, which is already pushing up Lloyds’ net interest margin.

Investors can of course buy both banks. But a cheap way into Lloyds is the more attractive option.

The UK government could begin the process to start selling down its 39 percent stake in Lloyds Banking Group this month, sources with knowledge of the government’s thinking told Reuters on Sept. 10.
Barclays is due to launch its 5.8 billion pound rights issue this month.

The UK government could begin the process to start selling down its 39 percent stake in Lloyds Banking Group this month, sources with knowledge of the government’s thinking told Reuters on Sept. 10.
Barclays is due to launch its 5.8 billion pound rights issue this month.