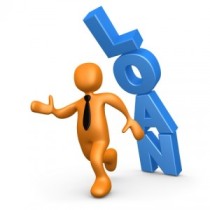 Once again, banks in Europe have been left standing when the music stopped. In an echo of 2008, lenders backing private equity deals have found themselves with a big backlog of unsold loans. That bodes ill for future buyouts.

Private equity deals are usually financed by a handful of banks, which tide the borrower over until it can arrange permanent financing in the form of “senior” loans and riskier instruments such as high-yield bonds. But numerous banks, including Goldman Sachs and Morgan Stanley, were wrong-footed by the rapid escalation of the euro crisis. Lenders suddenly found there were few takers for the loans they wanted to syndicate, while the market for new junk bonds effectively closed.

Eleven European buyouts remain “hung” in this way, with total debt of nearly 5.2 billion euros, Thomson Reuters LPC data shows. That’s a fraction of the 80-billion-euro mountain that banks were left with four years ago. And it’s halved since August, as banks have pulled out the stops to shift deals.

But managing the backlog hasn’t been easy. Banks have increased interest rates to make the loans more attractive to buyers, and sold them on for as little as 91 percent of face value. Debt packages have been rejigged to reduce cash interest payments, or to replace junk bonds with costlier mezzanine finance.

In financial terms, the absolute hit looks modest for banks. So-called “flex” clauses allow them to pass on perhaps 1.5 percentage points of extra interest costs to the borrower. And underwriting fees, equivalent to maybe 3-4 percent of the financing package, effectively provide a cushion that can be absorbed before banks have to recognise a loss.

Still, banks are forced to set aside large chunks of scarce capital against the loans on their balance sheets. And writing off fees still hurts, particularly when the investment banking industry is suffering.

The consequence is that buyout loans will become scarcer and more costly. Lenders might restrict debt ratios in new deals. Banks may say “no” to more deals – or at least build in more leeway in case things go wrong. When the music starts again, the dance floor will be less crowded.

Banks are holding about 5.2 billion euros of “hung” bridge and senior loans, according to November data from Thomson Reuters Loan Pricing Corp (LPC).
The biggest is a 921 million-euro bridge loan backing the buyout of Swedish alarm firm Securitas Direct, arranged by six banks: Bank of America, Goldman Sachs, HSBC, Morgan Stanley, Nomura and Nordea.
Efforts to clear the backlog have produced some unusual results, such as private equity firm BC Partners buying the riskiest slice of debt backing its own buyout of Com Hem, a Swedish cable company.
An index of 40 European leveraged loans was trading at 89.98 percent of face value as of Nov. 25, giving the loans an average yield of 8.74 percent, LPC data show. The index has declined from 97.99 percent of face value six months ago.