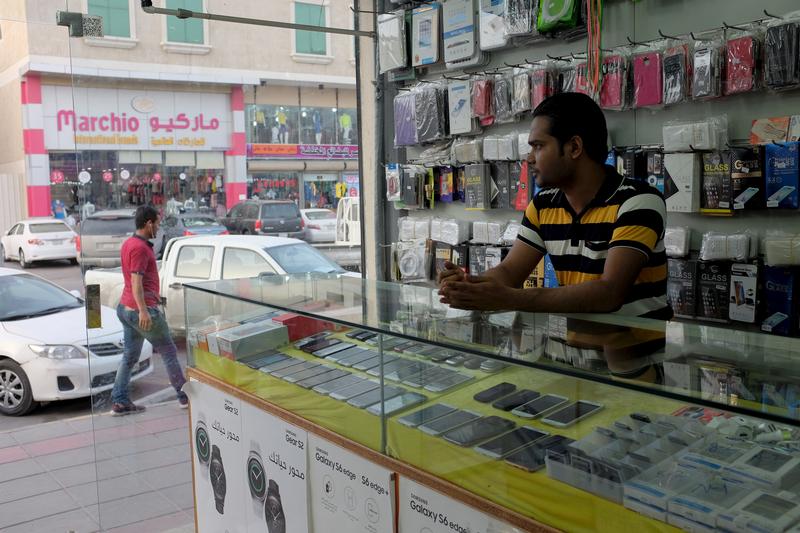 An Indian vendor waits for customers in a mobile shop in Dammam, Saudi Arabia March 17, 2016. In early March, the Ministry of Labour announced that within six months foreigners would be banned from selling and maintaining mobile phones and accessories for them, in an effort to keep open more jobs for Saudi citizens. Picture taken March 17, 2016. REUTERS/Zuhair Al-Traifi - RTSBUOD

The JioPhone is a cross between a high-end feature phone and a low-end smartphone. Trial sales will start on Aug. 15, India's independence day. Reliance calls this "India's intelligent smartphone".

Customers will be charged a refundable deposit of 1,500 rupees ($23.32). Voice calls will be free and unlimited data costs 153 rupees a month.
Jio is India’s largest fourth-generation, or 4G, mobile network. It launched roughly 10 months ago. Most feature phones in India only work on older 2G and 3G networks.