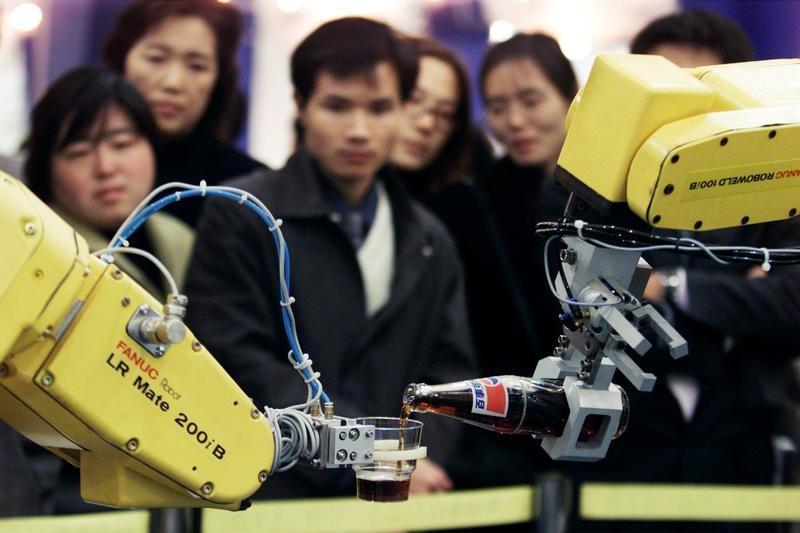 The U.S. activist has bought into another Japanese company. Unlike with Sony, Dan Loeb’s hedge fund is only demanding a share buyback, not a tricky restructuring. A bigger risk to the investment case may be the challenge to Fanuc’s scary, big robots from cheaper, gentler rivals.

Third Point, the New York-based hedge fund run by activist investor Daniel Loeb, said in a Feb. 9 letter to investors that it had bought shares in Fanuc, a leading Japanese manufacturer of factory automation and robotics products.

The company, which Third Point says is on track to achieve full-year operating profit of $2.4 billion and a 40 percent margin with just 5,500 employees, is generating “25 percent more income per employee than Goldman Sachs.”

Fanuc has $8 billion in cash, but is trading at 15 times next year’s estimated earnings because of its “illogical capital structure,” Third Point said, adding that the “stock could rerate significantly if a buyback programme was initiated.”

Third Point said in October last year that it had sold its stake in Sony after failing to persuade the management to sell as much as a fifth of its entertainment business. The hedge fund said it had earned 20 percent on its $1.1 billion investment in swaps and convertible bonds since May 2013.