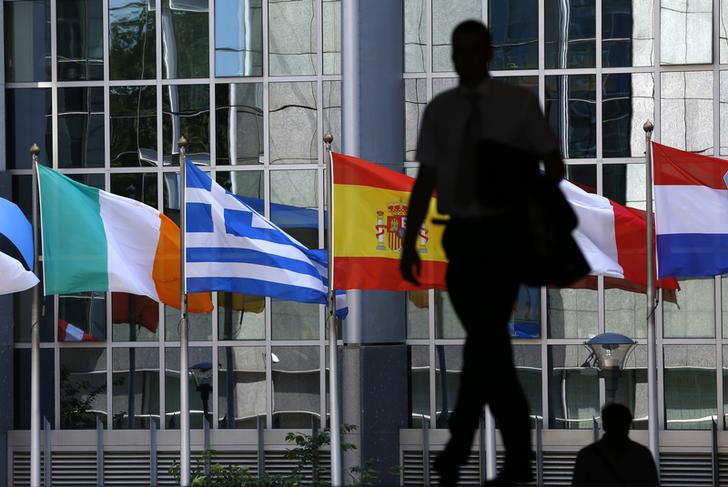 London is nearing the stark reality of banker bonus caps. An adviser to the European Court of Justice on Nov. 20 struck down the UK’s legal arguments against a European Union law restricting variable compensation to a maximum of two-thirds of overall pay. If the court agrees with him, the practical consequence will be that banks will hike fixed salaries, and overall industry remuneration may stay higher than it should.

The ECJ’s advocate general knocked down all five of the UK’s legal arguments against the EU’s bonus cap system. He added that London had no cause to oppose the disclosure of senior management’s remuneration. The judges are now more likely to rule against Britain next spring, in a decision that can’t be appealed: they only occasionally ignore their colleague’s non-binding opinion.

The financial system would be better off if this case was one of those exceptions. Advocate General Niilo Jääskinen is technically right that the EU’s 2:1 bonus-to-salary restriction is not a hard ceiling on pay – since it sets no limit on base salaries. But a larger fixed part of overall pay will make it harder for firms to withhold or later claw back compensation for misconduct. An International Monetary Fund study shows that forcing salaries up can increase a firm’s risk. It also makes it harder for a bank to cut total pay in a given year.

The ruling sets up the Bank of England for more conflict with EU regulators. The BoE’s proposals of longer deferral periods and clawback powers are a better way to tackle pay, but jar with the EU approach. Its top banking regulator Andrew Bailey recently railed against the EU’s pay restrictions, and pushed back on a separate European Banking Authority ruling that banks were abusing allowances to circumvent the bonus cap. BoE Governor Mark Carney’s recent proposal to defer a portion of base salary to make clawback easier, and thus counter one of the bonus cap’s main drawbacks, may also conflict with the EBA’s view of fixed pay.

But London will have no other choice than to implement the law, and its status as financial entrepot may suffer if banks choose to staff up outside the EU. In the short to medium term, this latest setback is likely to stiffen the resolve of the UK Conservative Party’s anti-EU wing.

A pedestrian walks towards the (L-R) Irish, Greek, Spanish, French and Dutch national flags outside the European Parliament in Brussels July 8, 2013.

An independent adviser to the European Court of Justice on Nov. 20 found in favour of the European Union’s cap on banker bonuses, striking down a legal challenge by Britain.

The legal opinion from the so-called advocate general found that the UK’s attempt to fight EU restrictions on pay were without grounds. Britain was seeking an annulment of EU requirements for full disclosure on senior bankers’ pay, as well as a rule that restricts bonuses to an upper limit of two-thirds of total salary with shareholder approval.

Though independent rulings are not binding, final verdicts tend to follow at least some of their recommendations. Given a typical three- to six-month timeframe between legal opinions and final judgments, the ECJ is expected to pronounce on the case by next spring. Its judgment is final.

“In his opinion today, Advocate General Niilo Jääskinen suggests that all the UK’s pleas should be rejected and that the Court of Justice dismiss the action,” the ECJ said in a statement.