Sound as a pound 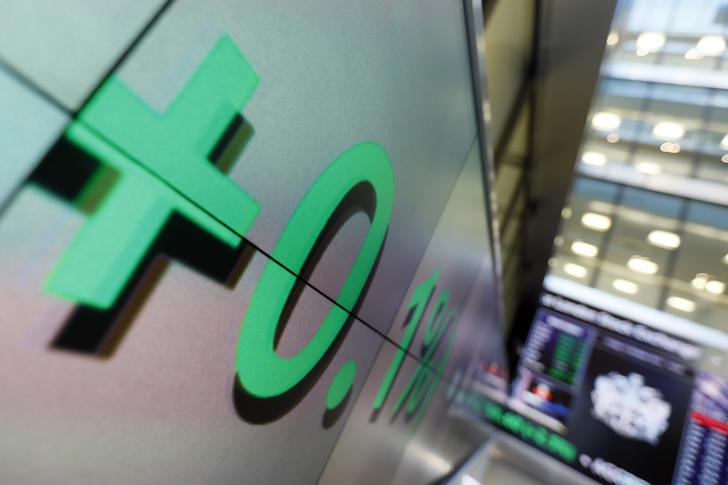 It has been a long time coming. But after 15 years the FTSE 100, the main UK equity index, finally set a new record on Tuesday. Yet while the nominal value of London stocks is higher than ever, and the investment proposition is a long way from risk-free, the FTSE 100 is attractive.

First and foremost, it is cheaper than the leading pan-European and U.S. equity benchmarks. It trades on a forward multiple of 14.6 times earnings, according to Starmine. The equivalent for Europe’s Stoxx 600 is 15 times and the S&P 500 is at 16.

Second, London shares give investors exposure to a geographically and sectorally balanced cross section of companies. Fund manager Capital Group has estimated that 77 percent of the revenue of the largest 100 London-listed shares are generated outside the UK. That makes FTSE 100 a simple way to buy exposure across possibly recovering Europe, and the definitely stronger United States.

Anyone who retains faith in the long-term emerging market growth story, despite the current weakness, may well look to London. Capital says 30 percent of FTSE 100 revenue is from emerging markets. The London index has big weightings of consumer companies such as SABMiller, Unilever and British American Tobacco. It also has some of the world’s largest miners, including Anglo American, Rio Tinto and BHP Billiton.

While the FTSE 100 is only now breaking new ground, it is a peculiar, or peculiarly unlucky, investor who is breaking even. He or she would have had to buy shares exactly as the London market peaked on the last day of 1999, acquired no more shares since then, and squandered any dividends. Include reinvested dividends and 1,000 pounds at the last peak 15 years ago would now be worth 1,600 pounds.

Yes, 14 percent of the FTSE 100 value is in still-stressed banks – almost three times the U.S. level. And compared to the S&P 500, the FTSE 100 is light on technology stocks. But London companies offer a 3.9 percent dividend yield – almost twice as much as U.S. stocks. The FTSE 100 is well set to continue producing decent total returns.

This item has been updated to reflect the official FTSE 100 closing price.

An electronic information board is seen at the London Stock Exchange

This item has been updated to reflect the official FTSE 100 closing price.