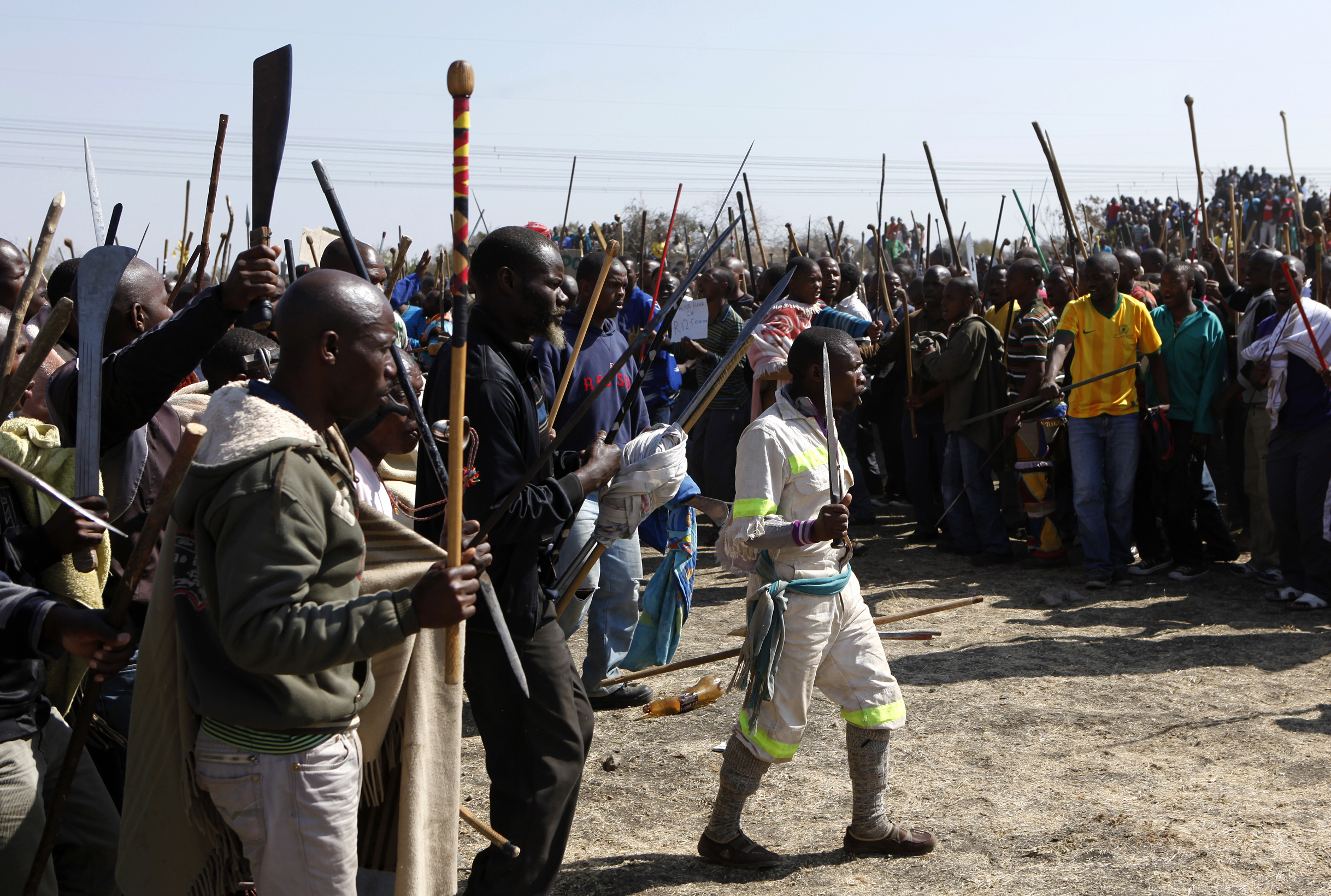 Lonmin needs to go big, or go away. The world’s third-biggest platinum producer was stretched, financially and operationally, before last week’s deadly violence at its mine in South Africa left 44 people dead and halted production. Now in imminent danger of breaching debt covenants, Lonmin badly needs to regain the initiative. A jumbo rights issue would be risky. But without a big slug of new funds, the miner’s future looks grim.

Chairman Roger Phillimore, quite rightly, has been focused on the human tragedy and on getting the company’s employees back to work. But Lonmin’s announcement on Aug. 21 that it could end up breaching debt covenants as early as next month means there’s no avoiding the financial realities.

Lonmin might be tempted to go to its banks to ask for relief. But Phillimore may need to go further. Lonmin’s overburdened balance sheet and high production costs had forced it to cut capital spending to the bare minimum before last week’s tragedy. That put the company’s plan to lower per-ounce production costs by ramping up investment in more promising mineshafts on hold. Without a big capital injection to fund the desperately needed expansion, Lonmin may be unable to put itself on a sustainable footing, particularly now that it’s grappling with losses from shut production and will probably end up paying its miners more.

The talk is that Lonmin might need $1 billion, a sum that compares with a market capitalisation, on Aug. 23, of only $1.9 billion. The recent chaos at the Marikana mine and platinum’s stubborn structural challenges mean that any rights issue would be unlikely to get away except at a large discount. Winning over Xstrata, which tried to buy the company in 2008 and retains a 25 percent stake in Lonmin, could be a problem. And even if Lonmin could raise the money, it won’t be immune to slack global demand, platinum oversupply, or the threat of industry-wide labour strife.

Still, Lonmin may never have a better opportunity to plead special circumstances. Platinum’s long-term demand profile – built on the importance of pollution-reducing, platinum-using, catalytic converters – has strength. And Lonmin has access to rich reserves. Given the likely alternative – an ugly descent into oblivion – ambitious re-investment may be one of Lonmin’s few options.

Lonmin, the world’s third-biggest platinum producer, said on Aug. 21 that it may issue new shares to shore up its balance sheet. The group’s already-stretched finances have come under pressure following a deadly labour dispute that left 44 people dead and shut production at its Marikana platinum mine in South Africa last week.
“The company is reviewing all the options available to strengthen its financial structure, including possible access to the equity capital markets”, Lonmin said in a statement.