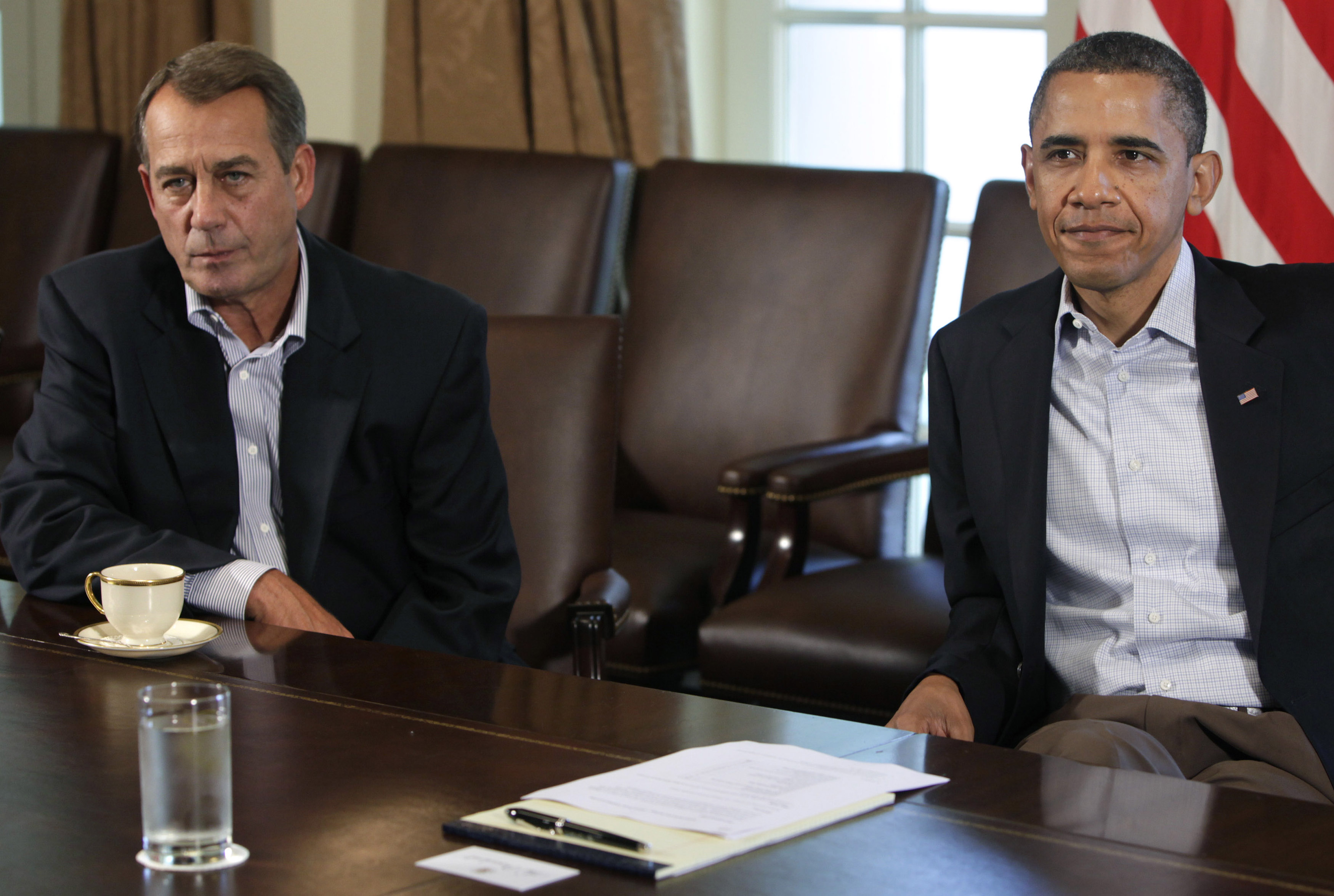 Investors shouldn’t get too worried about the battle looming in Washington over the nation’s indebtedness. Sure, the extreme posturing that characterized last year’s fight about raising the debt ceiling almost ended in a debacle. But that’s the point: Congress may well indulge in scary-looking brinkmanship, but history shows its members always pull back from the brink.

Another acrimonious debate certainly looks likely. By the end of May America’s outstanding debt – or at least that subject to the limit – hit $15.7 trillion. That’s $700 billion shy of the amount the government is allowed to borrow. Treasury Secretary Timothy Geithner reckons the United States will hit the limit late this year.

Geithner does, though, have a few tricks up his sleeve to postpone doing so until early 2013. That should ensure the only role it plays in November’s elections is as a rhetorical device. And the delay should also mean that the lawmakers and presidential candidate who win at the ballot boxes will have to sort it out, rather than a lame duck Congress.

It may sound counterintuitive, especially after last year’s fiasco, but maintaining a split in the balance of power may be the better election outcome for the debt ceiling debate. It may well be quicker and easier if either side manages to win both the White House and Congress. But messy skirmishes like last year’s serve to put the topic of reducing the deficit in the spotlight.

It’s not comfortable, by any means: the mid-2011 spectacle wreaked havoc on already nervous markets and even contributed to Standard & Poor’s stripping the United States of its triple-A rating. But it also forced a polarized Congress into a public debate about the deficit and made them hammer out an acceptable compromise.

That’s a great check for investors on both unrestrained borrowing and overly harsh budget cuts. And it turns out Congress always comes through: in the 95 years the United States has lived under a debt ceiling, Congress has agreed to raise it over 100 times. The nation’s lawmakers might be dysfunctional – and exceptionally so in recent years – but they’re not psychotic.

Treasury Secretary Timothy Geithner said on May 17 that the United States will again near its $16.4 trillion debt ceiling later this year, but that he can take measures to prevent default until some time in early 2013. That probably leaves the task to the next administration and Congress. House Speaker John Boehner has vowed that the Republicans, who are likely to control his chamber of Congress again next year, will demand more spending cuts to raise the limit.