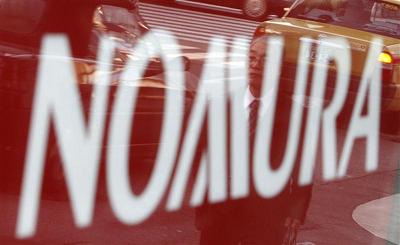 Nomura has lost its top banker, and with him its chances of becoming a globally relevant investment bank. Jesse Bhattal, who helped broker the Japanese group’s purchase of Lehman Brothers’ Asian and European businesses, has retired less than a year after being promoted to president of the wholesale bank – essentially everything outside Japan. At best, Nomura will muddle through. At worst, this marks the beginning of a slow retreat.

Bhattal would most likely have left the bank in April, according to people familiar with the situation. That he didn’t last that long suggests the relationship had become frayed. Bhattal had pushed hard to make Nomura leaner, including a $1.2 billion programme of cost cuts announced in November, after Nomura reported its worst quarterly loss since 2009.

The next question is whether the bankers beneath Bhattal stick around. They include his most likely successor, Asia chief Philip Lynch, and Europe-based business heads William Vereker, Tarun Jotwani and Benoit Savoret. The signs aren’t good. All three came with Bhattal from Lehman. And as Bhattal was the first non-Japanese executive on Nomura’s management board, the impression will be that he failed to win over domestic vested interests.

Either way, Nomura has problems aplenty. Its European business is loss-making; its U.S. arm more successful but tiny. Nomura ended 2011 as the world’s 16th biggest investment bank by fees. And it lost market share: the bank’s haul was 35 percent lower than in 2010, while the global fee pool shrank by just 6 percent, according to Thomson Reuters data. The recent threat of a credit downgrade, while shared with other banks, would be a severe blow to Nomura, whose low rating already puts its trading arm at a disadvantage in dealing with counterparties.

The irony is that there’s nothing “wrong” with Nomura as an investment bank. It has no big exposure to euro zone debt, or rogue traders. It had already begun to shed capital-intensive private equity assets, and its core Japanese franchise has been performing strongly. But faced with falling markets, higher capital requirements, and the surprising resilience of bulge-bracket rivals like Citi and Morgan Stanley, the dice are loaded against it.

Jasjit “Jesse” Bhattal resigned as president of Nomura’s wholesale division, and deputy president of Nomura Holdings, on Jan. 10. Bhattal was the first non-Japanese national to sit on Nomura’s executive committee, and was a driver of the group’s bid to become a global investment bank.
Bhattal joined Nomura from Lehman Brothers, where he had served as Asia chief executive. He helped to broker the sale of Lehman’s Asian and European businesses to Nomura when the U.S. brokerage failed in 2008.
Nomura reported a 46 billion yen ($589 million) net loss for the three months ending Sept. 30, its worst result since the first quarter of 2009. It also announced $1.2 billion of cost cuts, around 60 percent of which would fall in Europe, according to people familiar with the situation.