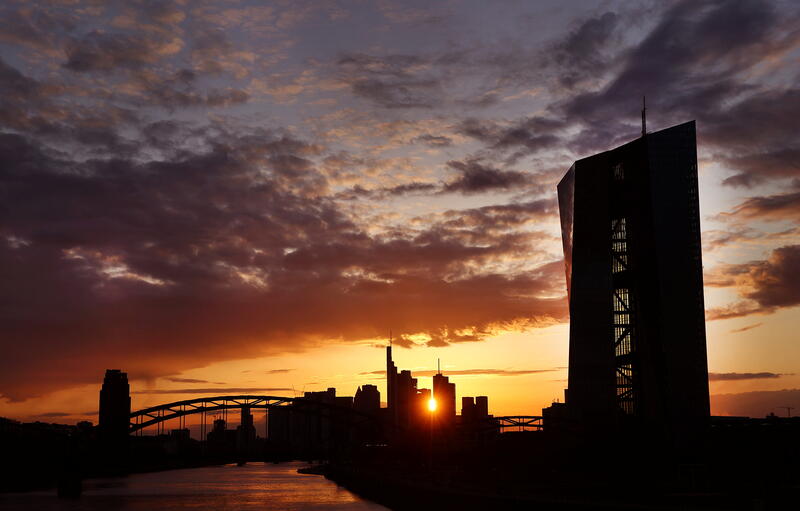 Uphill battle. European Central Bank President Christine Lagarde is nursing a pretty weak invalid. In a Reuters Breakingviews interview on Wednesday, she likened the euro zone economy to a patient that is still on two crutches and in need of support for some time. That’s consistent with economists’ expectations that U.S. GDP will regain its pre-pandemic level this year whereas the euro region will take longer.

The ECB has thrown a lot of monetary stimulus at the problem. Yet Lagarde reckons it will take quite a while for inflation to converge sustainably on the ECB’s just-under-2% target.

She’s receiving more help from the bloc governments’ fiscal policy than her predecessor, Mario Draghi, ever did. Yet some things don’t change. For example, German wage settlements are restrained. A temporary increase in inflation of the sort seen this week in the United States won’t be enough to relieve Lagarde’s burden. And while the ECB has been creative during crisis times, she may struggle to persuade some rate-setters to act as forcefully once the patient is on the mend. (By Swaha Pattanaik)

Won’t be the last. The ghost of Bernie Madoff will live on. The man convicted of the largest known Ponzi scheme in history died on Wednesday at the age of 82 in a federal prison, where he was serving a 150-year sentence. There will, however, be no end to investors’ unwillingness to recognize something that is too good to be true.

The 2008 Madoff scandal, involving improbably good returns on partly imaginary assets totaling perhaps $65 billion, did prompt a regulatory revamp. JPMorgan was hit with a $2.6 billion penalty in 2014 after allegedly failing to tell authorities about its suspicions. The Securities and Exchange Commission overhauled its enforcement division and whistleblower program.

But people won’t stop behaving irrationally. The recent collapse of Archegos Capital Management stemmed from a reckless amount of leverage, and the resulting $4.7 billion loss at Credit Suisse speaks to ignoring red flags when the payoff appears big enough. Plenty of technology stocks are valued so highly that their owners can only believe a greater fool will take them off their hands. It doesn’t take a fraud like Madoff’s to cause buyer’s remorse. (By Gina Chon)

Growing pains. Stitch Fix’s founder and Chief Executive Katrina Lake is giving up the corner office. The $5.3 billion online personalized clothing company has had some hiccups after enjoying a pandemic inspired-growth spurt. Given Silicon Valley’s habit of celebrating entrenched founders, it’s refreshing that the thirtysomething Lake, one of the youngest women to take a company public, is willing to share power.

Lake, who holds a 23% voting stake, isn’t going far. She will become executive chairperson while President Elizabeth Spaulding takes over as chief executive. Under Lake’s leadership, Stitch Fix’s stock has tripled since its 2017 initial public offering. But in March the shares plunged 28% after the company said shipping delays dampened sales growth. Competition has intensified too. Stitch Fix’s enterprise value is just 2 times its forecast sales for the year to July 2022, well below retailer Lululemon Athletica at 7 times or RealReal at 4 times. New leadership could help mend the value gap. (By Jennifer Saba)

Bjorn again. Norwegian Air Shuttle founder Bjorn Kjos is nothing if not determined. Only four months after the transatlantic budget carrier he once led slid into bankruptcy, Kjos is back at a new set of controls. Norse Atlantic, which promises a remarkably similar low-cost, long-haul offering as his previous dreamchild, listed on the Oslo stock market this week with a $185 million market value. Kjos and fellow Norwegian pioneer Bjorn Kise are both investors.

Passengers hoping for cheap flights between Europe and the United States probably have more cause for celebration than shareholders. Norwegian made a major dent in the lucrative transatlantic market dominated by U.S. carriers and International Airlines Group-owned British Airways. At one point, it was the biggest non-U.S. airline serving the New York area. But its debt-fuelled ascent failed to level off financially and it collapsed after losing money every year since 2017. At least Kjos’s fellow shareholders know what can go wrong. (By Ed Cropley)

Paper profit. Russian forestry group Segezha is shrugging off political turbulence. The paper maker is pressing ahead with an initial public offering in Moscow despite tensions over the Kremlin amassing troops on the Ukrainian border rattling the rouble and the threat of U.S. sanctions hanging over Russian assets.

Goldman Sachs reckons Segezha could be worth almost 150 billion roubles ($2 billion) including debt, or 7.5 times 2022 EBITDA. This is in line with Irish paper packaging group Smurfit Kappa. That’s good news for parent company Sistema, which in November also listed online retailer Ozon. The $4.7 billion conglomerate, controlled by tycoon Vladimir Yevtushenkov, trades at a 61% discount to its net value of its assets, the Wall Street bank reckons. Corporate governance questions explain some of that. But putting a market value on more of its assets may help narrow the gap. (By Dasha Afanasieva)

Geely whizz. Another week, another Zhejiang Geely plan to monetise one of its automotive businesses. This time, Lotus Cars appears to be in pole position for a spinoff, or perhaps just a capital raise for its electric-vehicle unit, Bloomberg reported on Wednesday. The former could value the business at more than $15 billion.

Lotus Cars brought in perhaps $135 million in revenue last year, based on the 2019 figures available on Refinitiv and the 4.4% vehicle-sales growth the firm reported for last year. That’s hardly enough to justify a valuation of 111 times trailing sales. Ferrari sports a mere 10 times multiple.

It’s far racier than the $20 billion Zhejiang Geely founder Li Shufu last month appeared to think a publicly traded Volvo would be worth. Of course, he’s also trying to start a new electric-vehicle company and launch a satellite network, all while publicly traded Geely Automobile’s earnings disappoint. So raising capital looks smart – but someone needs to take their foot off the valuation accelerator. (By Antony Currie)

Worth more. German property funds CPI Property and Aroundtown are attempting a cheeky raid on eastern European offices. The duo, which collectively own 51.5% of UK-listed Globalworth Real Estate Investments, offered on Wednesday to buy the remainder of the Poland- and Romania-focused group for just under 1.6 billion euros. At first glance, their 7 euro per share bid, a 19% premium to Globalworth’s undisturbed price, looks reasonable. Initial appearances, however, can be deceptive.

Like most property groups, Globalworth took a big hit from pandemic-induced homeworking. The worst of that should now be behind it. Yet the consortium’s bid is almost a quarter below Globalworth’s pre-pandemic share price. The stock was even trading around 7 euros in February, when it was offering a juicy forward dividend yield of nearly 9%. Wednesday’s jump in Globalworth shares to 7.32 euros, comfortably above the offer price, sends a clear message: minority investors think it’s worth more. (By Ed Cropley)

Market moves. China’s ByteDance is giving off some serious vibes ahead of its hotly anticipated initial public offering. The outfit behind viral video app TikTok has snapped up a local video-games studio less than a month after it bought another rival valued at a mooted $4 billion. It shows boss Zhang Yiming is serious about expanding into the sector, dominated by $750 billion Tencent.

This comes as the SoftBank-backed group gears up for its blockbuster stock-market debut. Last month, ByteDance poached a top executive from handset-maker Xiaomi to be its chief financial officer. Despite geopolitical snags including Washington’s chaotic campaign to force a sale of TikTok’s U.S. business in 2020, ByteDance’s valuation has tripled in a year to a whopping $300 billion, based on stock options granted to employees, according to Reuters. For Zhang and his investors, that’s a tune they can dance to. (By Robyn Mak)

The European Central Bank (ECB) and the skyline with its financial district are photographed during sunset as the spread of the coronavirus disease (COVID-19) continues in Frankfurt, Germany, April 13, 2021.