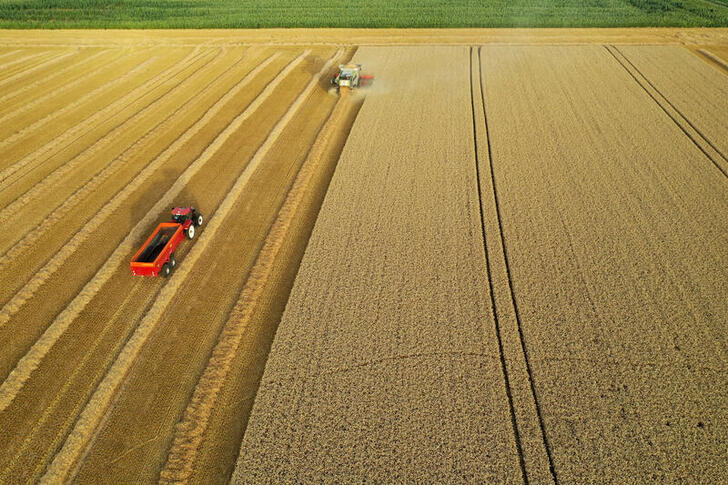 The commodities trader has sold a 45% stake to Abu Dhabi. An $800 mln-plus inflow will ease the group’s debt burden and fund a shift into more lucrative areas. The broader shareholder base should also end a phase of owner Margarita Louis-Dreyfus paying herself bumper dividends.

A French farmer harvests his field of wheat in Haynecourt, northern France, July 19, 2020.

Commodity trader Louis Dreyfus on Nov. 11 said it had agreed to sell a 45% stake to Abu Dhabi-based holding company ADQ.

The transaction price was not disclosed but the companies said a minimum of $800 million will be invested into Louis Dreyfus. The deal, subject to regulatory approvals, also includes a long-term supply agreement to sell agricultural commodities to the United Arab Emirates, the companies said.

Margarita Louis-Dreyfus, who assumed control of the group in 2009 after the death of her husband Robert, had been seeking an investor after borrowing $1 billion from Credit Suisse to buy out minority family shareholders.