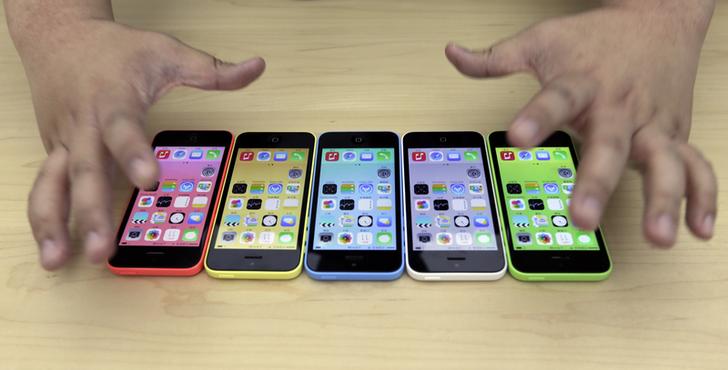 When Apple launched its new iPhone 5C, the joke was that the C stood for “Cheap” and “China”. It’s true that the latest model is less expensive and will work on China Mobile’s upgraded network. But at more than $700, it’s still too expensive to appeal to the masses. Apple will need to do more to reverse its status as an also-ran in the world’s largest smartphone market.

The cheaper plastic-case 5C is colourful, but by Chinese standards it certainly isn’t cheap. After factoring in the country’s 17 percent value added tax, the $730 price tag in China is still well above the sticker price in the United States. Domestic manufacturers such as Yulong and Lenovo sell smartphones for hundreds of dollars less.

Price isn’t the only reason why Apple was ranked just 7th in the Chinese market in the second quarter this year. The U.S. group struggled to compete with Samsung, which appeals to Chinese consumers with larger screens Apple doesn’t offer.

Apple may maintain it is prioritising profitability over market share. Even so, one bright spot is the new phone will work on China Mobile’s upcoming next-generation network. Apple’s technology has until now been incompatible with the carrier’s fast data service, giving little hope of tapping China Mobile’s roughly 745 million users.

Despite this handicap, China Mobile has some 25 million hardy iPhone users who use the network to make calls while relying on wifi networks for data. That suggests Apple could benefit when China Mobile rolls out its new network, probably next year: 80 percent of the company’s customers are still on slow-speed contracts. The new Apple phone might encourage them to upgrade. China Mobile, meanwhile, could boost revenue from customers using more data.

One option would be for China Mobile to subsidise the 5C as a way to lure users into a signing a contract: similar deals in the United States will allow users to get their hands on the phone for an up-front payment of just $99. This would presumably require Apple to accept lower margins in return for higher volumes. But in the absence of an agreement, it will remain an also-ran in China.

The new iPhone 5C in five colours are placed together at Apple Inc's announcement event in Beijing, September 11, 2013.