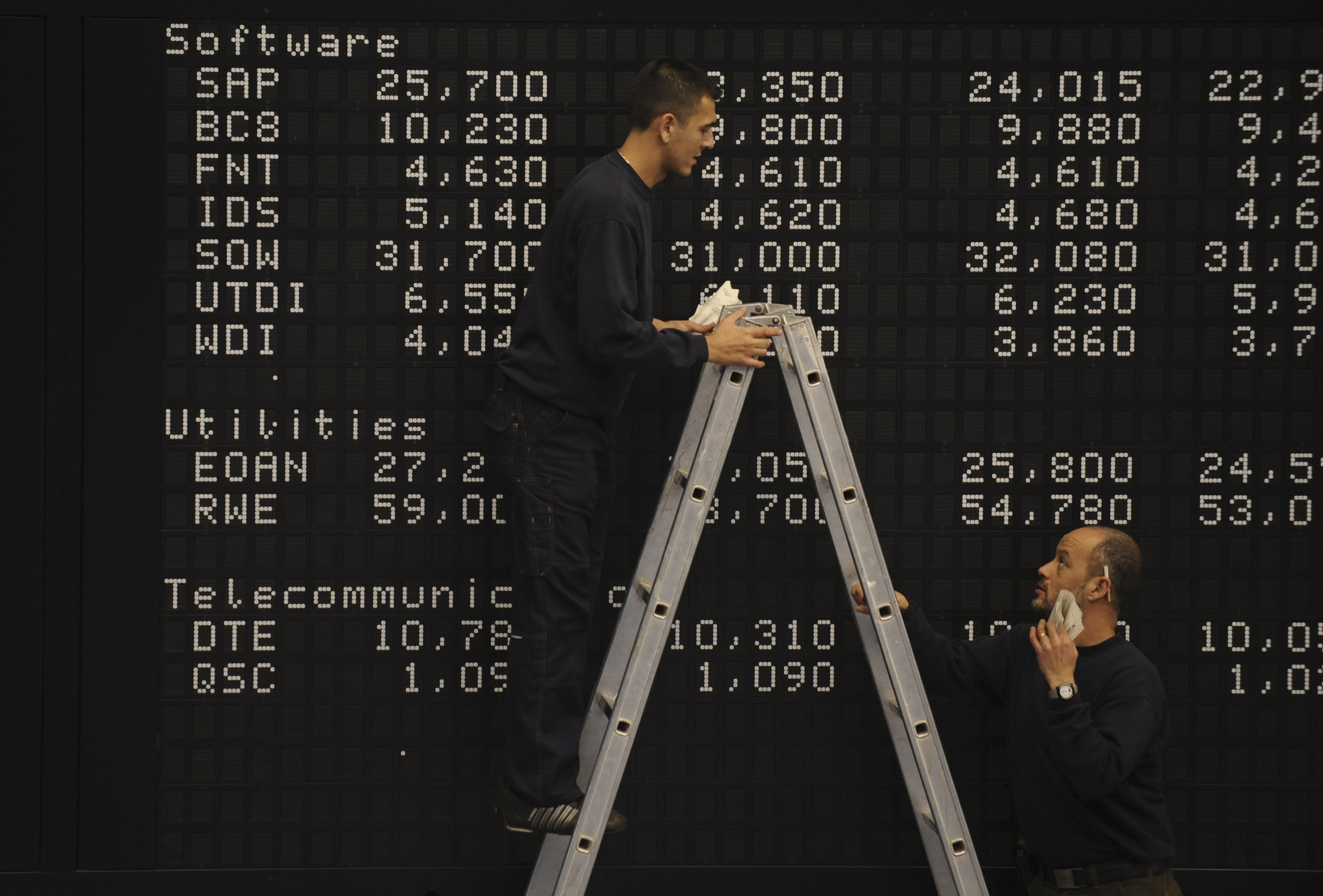 The exchange merger looks sunk after European regulators demanded a sale of an LSE trading platform. That’s not so bad – especially for LSE, which might find suitors elsewhere once Britain’s future is clearer. Besides, investors had only priced in a sliver of the deal’s benefits.

Employees prepare to clean a part of the share price index DAX board at the German stock exchange in Frankfurt, October 27, 2008. REUTERS/Kai Pfaffenbach (GERMANY) - RTX9YY7

The London Stock Exchange Group said on Feb. 26 that an agreed merger with German counterpart Deutsche Boerse would be unlikely to get antitrust approval in Europe.

LSE said the European Commission had asked it to sell its majority stake in Italy-based trading platform MTS. Such a sale could not be satisfactorily achieved, the UK exchange concluded. Nonetheless, the LSE said it would continue to try and implement the merger ahead of a decision from the commission expected by the end of March.

The all-share merger of LSE and Deutsche Boerse, which was announced in February 2016, would create a business with a combined market capitalisation of $30.8 billion (29 billion euros), based on their closing market prices on Feb. 24. They had already agreed to sell LSE’s French clearing business to rival Euronext.