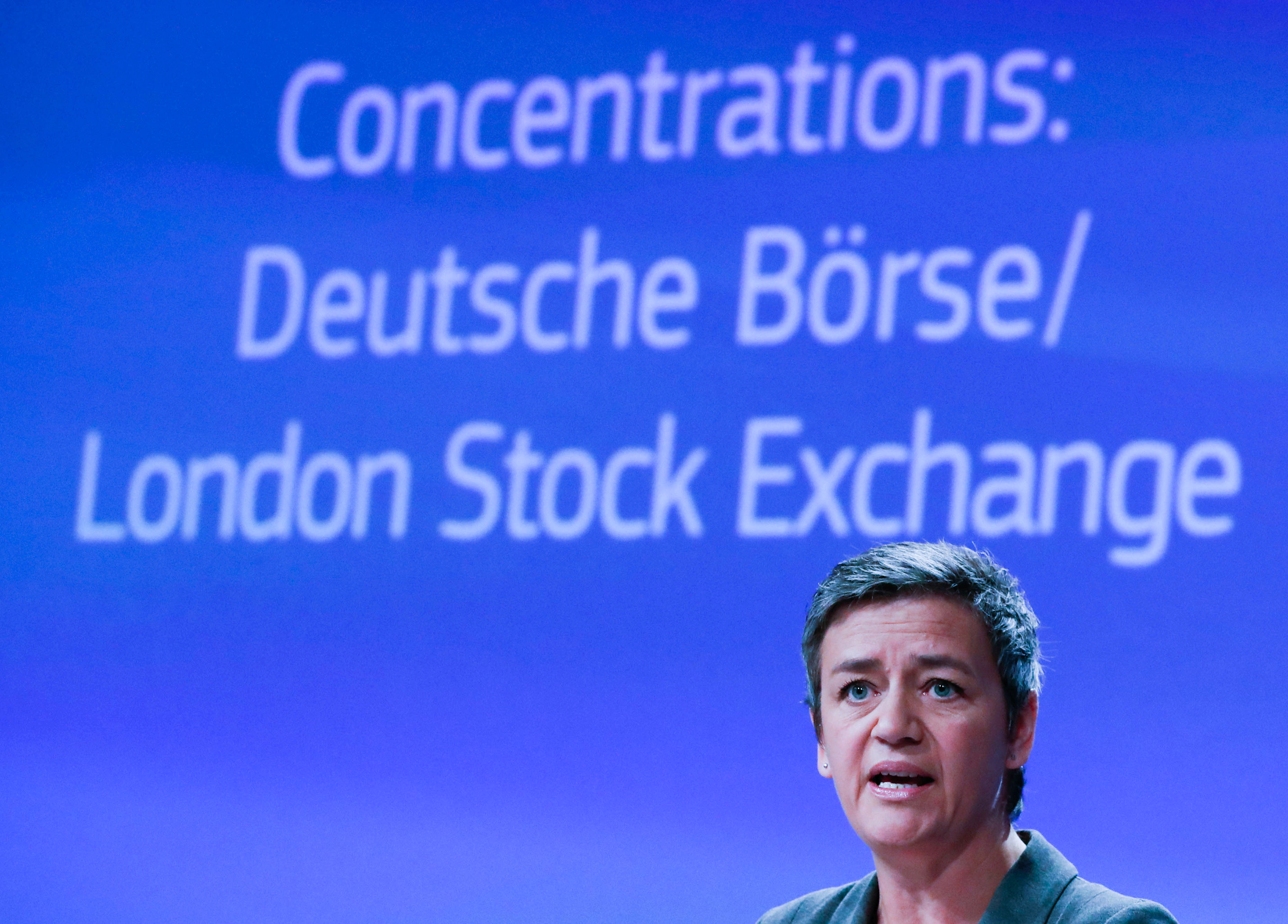 Brussels has blocked the European exchanges’ $30 bln merger. The LSE’s reluctance to sell a trading platform looks like a fig leaf. A cautiously positive market reaction flags that both groups have dodged the trials of steering the deal through Brexit.

European Competition Commissioner Margrethe Vestager holds a news conference after EU antitrust regulators blocked the proposed merger of Deutsche Boerse and the London Stock Exchange on Wednesday as expected, saying that the deal would have harmed competition because of the companies' combined market power, in Brussels, Belgium March 29, 2017. REUTERS/Yves Herman - RTX336HA

The Commission said the deal would have created a de-facto monopoly in the clearing of fixed-income instruments, with a knock-on effect on settlement, custody and collateral management. It said that the companies’ proposed sale of LSE’s France-based clearing house, LCH Clearnet SA, would have resolved its concerns on single stock equity derivatives, but not on fixed income clearing.

It added that the proposed remedy, selling trading platform MTS, would have seen LSE lose a comparatively small asset compared to the parties' combined revenues and market value.

In a statement, LSE said after remedies MTS would have accounted for less than 10 percent of LCH SA’s gross income. It said it planned a 200 million pound share buyback.

Deutsche Boerse said it regretted the Commission’s decision and the missed opportunity to create a global market infrastructure provider based in Europe. It said it envisaged standalone earnings growth a year of 10-15 percent in the medium term.