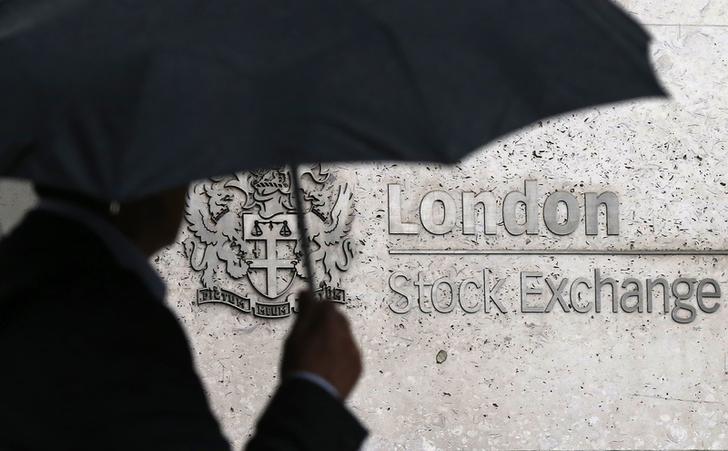 Mergers of equals are tricky to construct and equally easy to misunderstand. Take the London Stock Exchange’s potential deal with Deutsche Boerse. Is there a premium? Are they really equals? Is Deutsche Boerse a better owner of the LSE than a U.S. rival? All that is beside the point. What matters most is by how much LSE’s shareholders will be better off, and whether that number can be matched by another offer – whatever form that takes.

A true merger of equals entails two companies being spliced together at the level of their undisturbed market values prior to the deal, and getting roughly half each. Board seats are often neatly divided. There’s no premium. A takeover is very different: investors in the junior partner expect something to compensate them for taking the lesser role, or – in a cash bid – giving up their equity participation in the company. A so-called control premium tends to be around 30 percent.

LSE shows why things can get fuzzy. Focus on the three-month simple average share price up to Feb. 12, when the merger was provisionally agreed, and LSE’s market value was 45 percent of the combined group – precisely what it has been offered by Deutsche Boerse in what the latter calls a merger of equals. Look at the companies’ proportions based on Feb. 22 prices – the day before Reuters revealed details of the deal – and LSE’s natural share would be 42 percent.

So as things stand, the LSE looks to be getting a premium of 3.1 percent of the merged company. Wouldn’t Deutsche Boerse and LSE want to play up the fact it is getting a premium? No. In fact, a premium is an annoyance because it muddies the waters. It undermines the feel-good merger-of-equals vibe, for one. It also opens up the possibility that someone else – such as U.S. exchange owner Intercontinental Exchange – comes touting a “real” control premium.

The number LSE shareholders should really watch is the uplift in LSE’s shares that comes from the deal – whether it’s called a premium or not. In the case of Deutsche Boerse’s offer, it’s 16 percent, according to a Breakingviews analysis, which assumes that the total savings from putting the two together are worth 3.2 billion pounds today. That 16 percent is the number a counterbid would have to beat based on the same three-month pre-bid average LSE price, in order to compare like with like.

It works both ways, mind. If ICE were to come with a deal valuing LSE at, say, 33 pounds a share – roughly a 30 percent premium to that undisturbed price – LSE’s board and Chief Executive Xavier Rolet would be under pressure to take it, or show why the shares, which are now 14 percent above their undisturbed price, should be worth more with Deutsche Boerse. Equality and harmony are much less important than what gives shareholders the best financial deal.

Revenue rose 78 percent to 2.3 billion pounds. It included both continuing and discontinued operations and excluded unrealised gains and losses for 2014 at LCH.Clearnet.

A man shelters under an umbrella as he walks past the London Stock Exchange in London, Britain August 24, 2015.

Revenue rose 78 percent to 2.3 billion pounds. It included both continuing and discontinued operations and excluded unrealised gains and losses for 2014 at LCH.Clearnet.