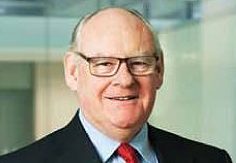 Hedge fund TCI’s aggressive campaign to remove Chairman Donald Brydon failed. Yet the bruising soap opera over ex-CEO Xavier Rolet has exposed a lack of forethought. As well as its two top jobs, the exchange group needs to consider acquisitions – or selling itself.

Donald Brydon, chairman of the LSE and of Smiths Group

Just over 79 percent of shareholders supported Brydon, rejecting his removal over the way he handled the departure of Chief Executive Xavier Rolet in November.

TCI, which has a 5 percent stake in the exchange group, was founded by Christopher Hohn, who called for the vote after accusing the LSE's board of forcing Rolet out.

A source close to TCI told Reuters that the activist investor would keep up efforts to sack Brydon, saying backing for the resolution, at over 20 percent, showed significant support among shareholders.